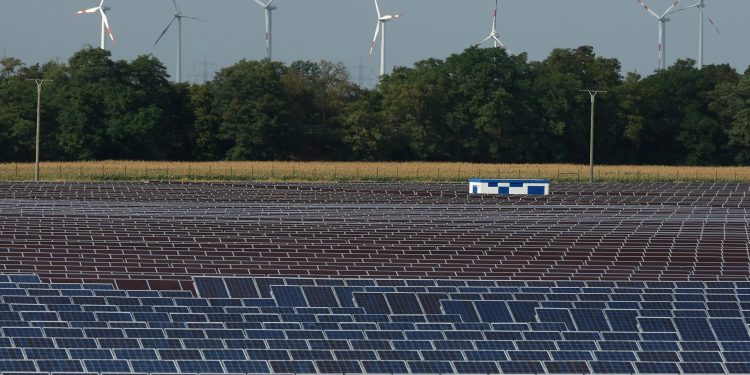 German Climate Minister Robert Habeck on Tuesday announced plans to fix a “drastic deficit” in the country’s efforts to cut emissions, admitting it “significantly missed” its 2021 targets and now faces a “gigantic” task.

His ministry will put forward two legislative packages — one in April, the other by the summer — that will come into effect by 2023, Habeck said at a press conference. The aim is to ensure Germany gets back on track to meet its 2030 targets.

The minister admitted in December that Germany is likely to miss its own climate targets in 2022 and 2023, as the country was starting “with a drastic backlog.”

The new measures focus on expanding renewables capacity, with the aim of doubling their share in the energy mix to 80 percent by 2030.

A revision of the renewable energy law will increase the tender volumes for wind and solar projects and label the expansion as a task of “overriding public interest.” A so-called “solar acceleration package” will make it mandatory for all new commercial builds to have solar panels and a “wind-on-land law” will earmark 2 percent of Germany’s territory for wind energy.

A heating strategy will support a 2030 goal to source 50 percent of heating-related energy in a climate-neutral way, while a revision of the building energy law will bring it in line with the ruling coalition’s target of requiring new home heating systems to effectively run on at least 65 percent renewables from 2025.

To ease the burden on households, the renewable energy surcharge will shift from electricity bills to the federal budget.

Habeck also put forward a legal framework for so-called carbon contracts for difference, which guarantee a certain carbon price for businesses to incentivize investments in climate-friendly methods of production.

Habeck said it was “completely indisputable” Germany will need more gas-fired power plants as a “backup” solution in case supply from renewables isn’t sufficient. The government intends for the gas plants to switch to hydrogen from 2030, and a revised hydrogen strategy aims to double Germany’s envisaged capacity for green hydrogen production.