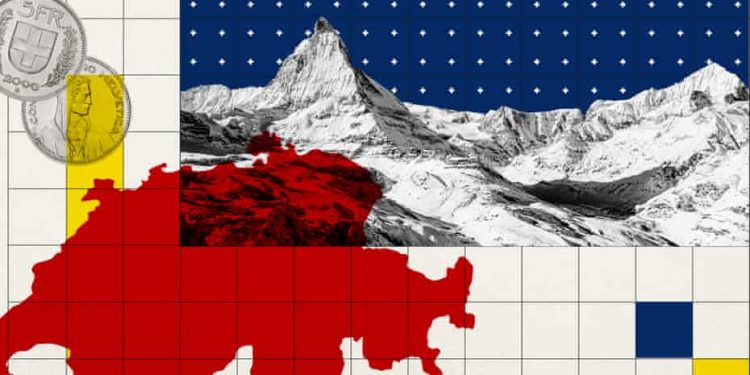 French kings found the ideal refuge for their wealth: a city-state nestled between the snow-capped Alps and the pristine waters of Lake Geneva. Catholic royalty flocked to Geneva in the 18th century in an effort to conceal their dealings with Protestant bankers.

By 1713, the authorities in Geneva, who would gain a reputation for discretion, introduced rules banning bankers from revealing details about their clients.

That centuries-old code of silence, which was later enshrined in law in Switzerland, came under renewed focus this week after a leak of Credit Suisse data revealed its clients were involved in torture, drug trafficking, money laundering, corruption and other serious crimes, suggesting widespread failures of due diligence by the bank.

The disclosures prompted a national debate in Switzerland, even though the much-heralded “end of banking secrecy as we know it” was supposed to have occurred in 2014, when ministers from 50 countries and territories agreed to a global exchange of information about their respective taxpayers’ financial information for the first time.

The ministerial meeting in Paris that year was deemed monumental, not least because the enfant terrible of banking had reluctantly agreed to join the club. Switzerland had promised to share information about client bank accounts with participating tax authorities around the world.

For a country that had criminalised sharing client information with foreign countries for more than 80 years, adoption of the so-called common reporting standard (CRS) was a significant step. It meant Switzerland and fellow signatories would exchange information about foreigners who held bank accounts in their countries, as part of efforts to crack down on tax evasion and fraud.

However, even after Swiss CRS data started changing hands in 2018, critics argued the country’s commitment to the system had created a “zebra strategy”.

On the one hand, Switzerland’s banks could take “clean” money from clients in industrialised, developed countries, which were part of automatic exchange of information agreements. But the door had not been shut to accepting funds from potentially dubious clients from developing countries, where authorities investigating tax evasion did not have automatic access to their citizens’ secret Swiss accounts.

The two-tier system has been criticised by the whistleblower behind the Suisse secrets leak, which has revealed how Credit Suisse provided services to individuals involved in torture, drug trafficking, money laundering, corruption and other serious crimes, in countries from Egypt to Ukraine.

Within 24 hours, the fallout from the Suisse secrets investigation threatened to engulf other Swiss banks when the largest political grouping of the European parliament, the European People’s party (EPP), called for the EU to review its relationship with Switzerland and consider whether it should be added to its list of countries associated with a high risk of financial crime.

“Despite many claims to the contrary: banking secrecy is not dead,” said Dominik Gross, a tax and finance analyst at Switzerland’s global development thinktank Alliance Sud.

More than 90 countries, among them some of the least developed in the world, have yet to exchange banking information with Switzerland.

As far as those countries are concerned, “nothing has changed compared with the past”, said Sébastien Guex, a banking expert and professor at the University of Lausanne. “Swiss bankers are still helping the wealthy in these countries to hide their assets from the tax authorities in their own country.”

Credit Suisse said it “strongly rejects the allegations and inferences about the bank’s purported business practices” emanating from the Suisse secrets leak of its data, emphasising that it maintained “a strict zero-tolerance policy towards tax evasion and is fully committed to complying with global tax transparency efforts”, including the CRS.

Reputation as a tax haven

Despite signing up to the CRS, the landlocked Alpine country’s financial system is the third-most secretive in the world after the Cayman Islands and the US, according to the Tax Justice Network, and accounts for $21bn in lost tax revenue for foreign countries every year.

Nearly half of the 7.9tn Swiss francs (£6.3tn) of assets under management in the country belong to foreign clients. It has helped build an industry that accounts for 10% of Swiss GDP and a similar proportion of Swiss jobs. And while Switzerland is home to about 243 banks, Credit Suisse and its larger rival UBS together make up about half of the country’s banking assets.

While Switzerland’s tradition of banking secrecy can be traced to the 1700s, its advantages became most apparent at the turn of the 20th century, when Swiss lenders became a magnet for elites wanting to stash their increasingly mobile wealth in a politically neutral state.

Its reputation as a tax haven also grew, as wealthy families scrambled to find somewhere to hide their fortunes amid the introduction of inheritance taxes in countries including France in 1901. Lenders pounced at the opportunity, distributing brochures, advertising in local newspapers and deploying bankers across France to drum up new business.

But amid growing anger over the loss of tax revenues and the flight of capital, France launched a police raid on Swiss bankers in Paris in 1932. The operation uncovered the names of hundreds of rich French clients with secret Swiss accounts, including bishops, generals and former ministers. Switzerland’s banking community, in turn, was furious and lobbied for retaliation.

By 1934, politicians agreed to put banking secrecy – the “duty of absolute silence” – into law, making it a crime for anyone to share clients’ banking information, particularly with foreign authorities.

Controversially, the law, combined with Switzerland’s political neutrality, made the country a haven for Nazi officials. Swiss bankers collaborated heavily with Adolf Hitler and his regime, offering financial credit and helping fleeing Nazis hide their loot after the second world war.

Until this week, opposition to banking secrecy within Switzerland has been relatively muted. When the Socialist party held a referendum in the mid-1980s that would have superseded secrecy laws and forced banks to cooperate with foreign authorities investigating tax dodgers, the government opposed the proposal. It was criticised as an invasion of citizens’ privacy and a threat to the the country’s banking system and economy, and was decisively voted down.

But elsewhere, global regulators were increasingly frustrated with their inability to penetrate the Swiss banking system in order to investigate global fraud and tax evasion.

By the early 2000s, Swiss banks were aggressively marketing their services to wealthy clients who wanted to dodge domestic tax authorities – this time in the US. The details came to light after the UBS banker Bradley Birkenfeld shared information with US authorities in 2007, showing how the bank helped thousands of wealthy Americans avoid paying tax by hiding billions of dollars in secret accounts.

Revelations from a subsequent Senate investigation outraged American authorities, who fined UBS and Credit Suisse for their roles in aiding US tax evasion and pushed Switzerland into unilaterally disclosing account information about US taxpayers from 2014.

That same year, Switzerland signed on to the CRS alongside 50 other countries and jurisdictions.

Against this backdrop, the Swiss banking industry argues its secrecy laws are a thing of the past. “There is no longer Swiss bank client confidentiality for clients abroad,” the Swiss Bankers Association (SBA) said, adding that automatic exchange of banking information has “become the norm – for both banks and bank clients”.

“Swiss banks have done their homework and implemented all international regulations. We are transparent, there is nothing to hide in Switzerland.”

But the Suisse secrets revelations suggest skeletons remain in the vaults of Switzerland’s banks. Campaigners remain concerned about the domestic regulator’s “feeble” powers, and the way criminals and tax dodgers from developing countries appear to continue to gain access to Switzerland’s financial system.

The Swiss anti-corruption watchdog Public Eye said organisations such as the SBA were playing down “the harmful impact of this hugely successful business model of the Swiss financial industry, particularly for poorer countries”.

Those concerns were echoed by the Nobel laureate and economist Joseph Stiglitz, who said the revelations had rightly put the country’s secrecy laws back in the spotlight. “Surely, Switzerland must know the chilling effect of its legislation: almost surely, that was the intent, to preserve its business models as long as possible, of taking a little slice of the ill-gotten gains of others, in return for providing a safe and secret place to hoard and store the geld,” he said.

View from Washington: Can central Europe maintain the rule of law?