In a new year of economic uncertainty, gold is a bright prospect again 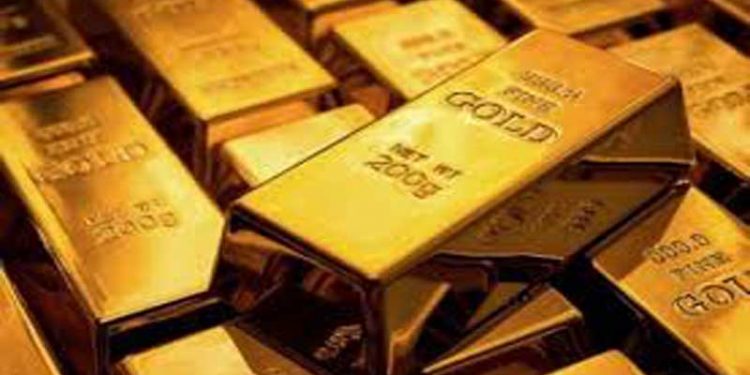 The recent gyrations in the FTSE 100 and the tumbling price of oil may have captured public attention, but in the last four months the FTSE All-Share index has lost 12% of its value and the gold price has jumped 10%. If any two figures really show how nervous traders have become about the new year, it is these.

The safe haven that gold offers has pushed its price to a 15-month high of £1,010. The riskier FTSE All-Share, which covers all London-listed companies, has tumbled almost 600 points to 3596.

Adrian Ash, director of research at the online gold market Bullion Vault, said: “If gold acts as a barometer of financial fears then it’s flashing red for 2019. From Brexit to China’s hard economic slowdown, investors face a range of risks and shocks in the year ahead.”

The possibility of a long government shutdown in Washington can be added to a growing list of potential threats to the global financial system, including the overhang of property debts in China, growing frustration in the west with Moscow’s foreign policy, and Italy’s fragile banks.

Some of the fear arises from the uncertainty created by developments that will come to a head in 2019, among them the British government’s failure to secure a parliamentary majority for its deal to leave the European Union.

In cautionary remarks earlier this month, Jerome Powell, the US central bank chief, cited a no-deal Brexit as a major potential shock to financial markets. And while he was certain New York’s banks could cope, he said it would be a focus of attention for them and him in the weeks leading up to 29 March.

Powell himself is another cause for uncertainty. Appointed last year by Donald Trump to head the Federal Reserve, he quickly became a disappointment to the White House. Within weeks of taking office he sounded more hawkish than his predecessor, Janet Yellen, and put his words into action this year with four interest rate hikes to a range of 2.25%-2.5%, well above the UK’s 0.75% and the eurozone’s minus 0.4%.

Trump has spent the year tweeting his fury with Powell’s approach, which he argues starves US companies of cheap money to invest and undermines the effect of last year’s package of tax cuts.

But, as the Nobel-winning economist Paul Krugman has argued, most of the tax cuts were saved by the rich people and companies they benefited, and the small boost they gave the US economy has largely run out of steam. Investment spending in the US has begun to decline and the jobs market has peaked.

“The reality is that the [boost to growth] probably had more to do with oil prices than the tax cut,” he said.

Debt is also praying on the minds of traders. Not so much the personal debt that triggered the 2008 financial crash, but the huge rise in corporate and government debt in recent years.

The US government must refinance about $1tn of debt in 2019 and the same again in 2020. It is a lot of money for the markets to find and the consequences are unknown. Corporations have also borrowed heavily and must roll over large sums next year into new financing deals. Tobias Adrian, director of the monetary and capital markets department at the International Monetary Fund, also said recently that “the sheer size” of the shadow banking sector – that is, unregulated non-bank lenders – was very different from years past, “and we don’t quite know how that is going to behave in a downturn”.

Without the US and Chinese economies galloping along, Europe has taken a tumble. Germany’s economy shrank in the third quarter along with the Italian economy. The Spanish parliament is locked in a budget battle it cannot resolve, while Brussels has clashed with the Italian government for proposing a budget that would breach EU rules on state borrowing.

No wonder the OECD thinktank says the pace of global growth will slow next year. It blames protectionist import tariffs imposed on China by Trump for a slackening of investment. It has warned that world economic activity could be weaker in the years ahead if the US and China impose further penalties on each other’s goods.

However, some analysts suggest things may not be as bad as they seem. Chris Bailey, a strategist at the stockbroker Raymond James, said Beijing was likely to comply with enough of Trump’s demands on trade to smooth over the dispute with Washington.

“The Chinese have liberalised, they’ve set up for more discussions in January. It’s not going to be a straight road but I think there’s a little bit of cause for optimism there,” he said.

Bailey also said any fall in the dollar, making borrowing in the US currency cheaper, would allow many indebted developing-world economies to chart a way through the slowdown.

“It sounds increasingly contrarian, but my feeling is that, particularly if we get the transmission mechanism of a lower dollar, stocks outside the US are set up for a good 2019,” he said.

What Poland wants when it comes to US troops: Elsewhere in emerging Europe