Journalist conviction in Zimbabwe a ‘travesty of justice’, say campaigners 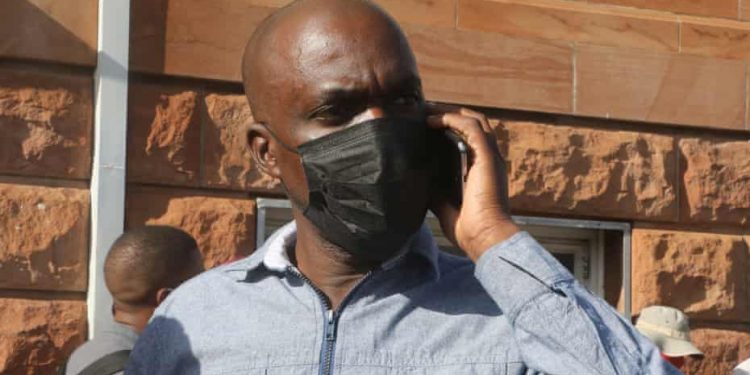 Media freedom campaigners have criticised the conviction of a journalist in Zimbabwe for allegedly breaking immigration laws, describing the decision as “a monumental travesty of justice” that raises concerns for the press in the lead-up to elections next year.

Jeffrey Moyo, a freelance correspondent for the New York Times, was given a suspended prison sentence of five years and fined $615 by a court in Bulawayo after being found guilty on Tuesday of helping to obtain press accreditation needed by two reporters from his news organisation to enter Zimbabwe.

Prosecutors said the accreditation was fake – a charge denied by the New York Times. Moyo spent three weeks in jail last year and his trial started in January. The 37-year-old reporter’s legal team said they would appeal against the decision.

Angela Quintal, the Africa programme coordinator of the Committee to Protect Journalists, a US-based campaign group, said the court’s decision showed that press freedom in Zimbabwe had deteriorated under President Emmerson Mnangagwa, who took power after the fall of the veteran autocrat Robert Mugabe in 2017.

“The fact that Moyo’s prison sentence was suspended does not make it any less of a mockery of justice. Authorities must not contest Moyo’s appeal, and ensure that he and other journalists can work in Zimbabwe freely, especially with a general election scheduled for next year,” Quintal said.

The military takeover that ousted Mugabe led to a brief period of relative tolerance in Zimbabwe. Mnangagwa, a former spy chief known as the Crocodile, promised political and economic reform leading to major investment from overseas. But successive crackdowns led to hundreds of opposition activists being harassed, abducted and assaulted, dashing hopes of democratic reform.

Repression has continued, with journalists and others who have criticised the government facing what many observers say are politically motivated charges designed to intimidate or obstruct their work. Reporters and campaigners who have made allegations of corruption against officials have been particular targets.

Campaigners fear repression is likely to intensify in the coming months.

Zimbabwe’s ruling Zanu-PF party may be facing an uphill struggle to secure a clear victory in the 2023 presidential election, which is due after a new opposition party made significant gains in March byelections. The Citizens Coalition for Change, which was only founded in January, won 19 out of 28 parliamentary seats in polls widely regarded as a test run for next year’s election.

In 2018 a fractured opposition came within 1% of forcing Mnangagwa into a runoff. The vote was marred by allegations of rigging.

Preparing managers for the challenges of the BSS sector