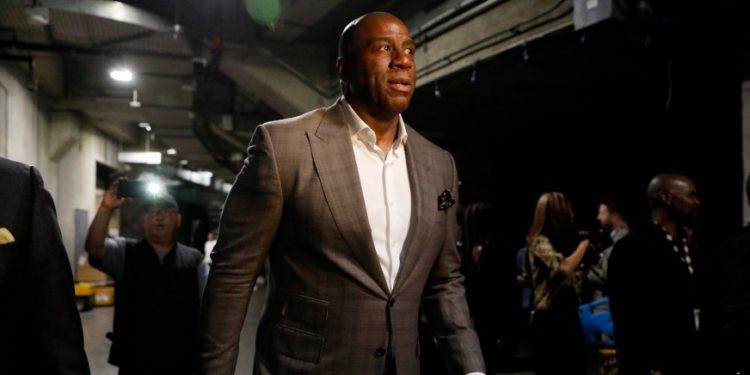 There are few teams as revered as the Showtime Lakers, as the Magic Johnson-led squad won five titles in the 80s and were known for the fun they had on and off the court.

Next year, HBO will release a limited series about those Lakers called Winning Time: The Rise of the Lakers Dynasty — after changing the name from “Showtime” after realizing that might cause confusion with their premium cable competitor of the same name. With Adam McKay at the helm and John C. Reilly on board as Dr. Jerry Buss (which is the apparent reason for McKay and Will Ferrell splitting as creative partners), it figures to be highly entertaining, but not everyone is excited about the impending March 2022 release of the series.

A portrayal of Magic Johnson will feature heavily in the series, but the man himself isn’t particularly pleased about it, as Magic himself was asked for his thoughts on the upcoming series by TMZ and, after discussing Jeanie Buss’ series (on Showtime) and his own series in production, said, “I’m not looking forward to it. I’m going to leave it at that.”

If I were to guess at the reason Magic’s not exactly thrilled about the new series is that it will certainly take a look at the off-court exploits of Johnson and the Lakers, who had quite the time in L.A. in the 1980s, which Johnson has understandably tried his best not to glamorize for much of his post-playing career.