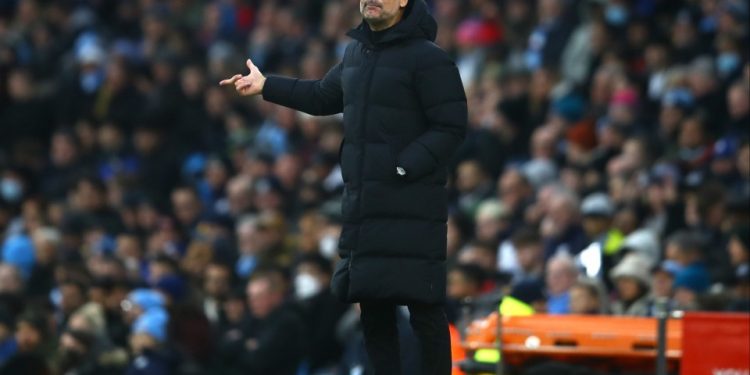 Pep Guardiola admitted Manchester City were never in control of a ‘weird game’ against Leicester after a frantic Boxing Day contest ended in a 6-3 win.

The champions raced into a 4-0 lead at the Etihad Stadium but were pegged back to 4-3 before producing a strong finish to settle a Premier League classic.

Guardiola was prepared for the frantic nature of festive footballGetty

The victory was City’s ninth in succession and opened up a six-point lead at the top of the table, but Guardiola conceded he could hardly breathe easily.

The Spaniard said: “It was a rollercoaster, a typical Boxing Day (game) with a lot of goals. For everyone it was an entertaining game.

“It’s another victory, so important to continue our run, but it was weird. Even at 4-0 in the first half, every time they had the ball they arrived in the final third and created chances.

“The game was open even at 4-0. It was not closed. They are big club with a lot of quality and in the second half they changed the shape.

Leicester valiantly tried to fight back and make it a contestAFP

“We know the quality they have in the build-up. They have a top, top side and we know they have been good in the last years. They have always been so difficult and they have an exceptional manager.

“How clever it was to change shape and they created a lot of problems.

“At 4-2 the mindset of the players changed and at 4-3 the game was close to being equalised, or even (them) winning the game, because their mindset was high and we had doubts.

“But we were patient and we had chances, and from set-pieces we won the game.”