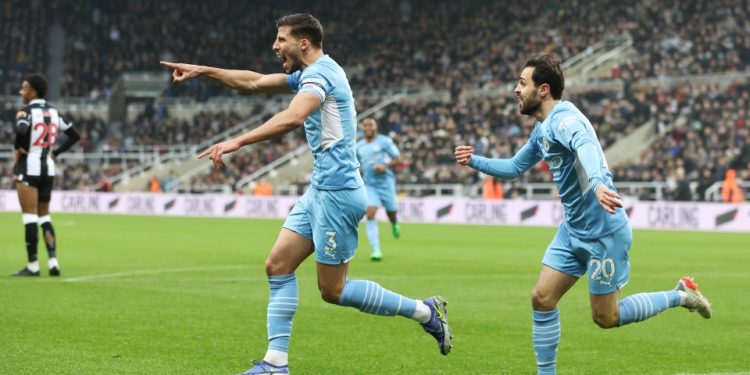 Manchester City took pole position in the Premier League title race by beating Newcastle 4-0 to cement their spot at the top of the table on Christmas Day.

Pep Guardiola’s side have now gained the initiative over rivals Liverpool, who were held to a 2-2 draw with Tottenham to leave them three points behind.

Though the margin is as small as just one game, the omens are not good for the Reds in their bid to seize the Premier League crown back from City.

Historically, the majority of teams topping the table on Christmas Day have ended up winning the title come the end of the season.

Yet that has not been the case twice in the past three seasons so is the quality of modern football meaning festive form is not as crucial as it once was?

talkSPORT.com investigates who were the Premier League leaders at Christmas over the past 10 seasons and whether they ended up winning the title.

Liverpool beat Crystal Palace 7-0 last December to go two points ahead of Man United and three in front of City at the top of the table on Christmas.

The Reds were on course to defend their first ever Premier League title before a succession of defensive injuries led to a collapse in form which saw them lose six home games in a row.

Jurgen Klopp’s side thought Christmas had come early in 2019, sitting 13 points ahead of everyone else by the time fans were unwrapping their presents.

Liverpool underlined their title credentials with a 4-0 win over second-placed Leicester on Boxing Day and ultimately ended their 30-year drought.

Liverpool lifted a first ever Premier League title in 2020

Liverpool will be particularly aggrieved to have topped the table at Christmas three years on the trot only to see rivals City win the title on two of those occasions.

But this one had to hurt the most as an Andros Townsend wonderstrike against Guardiola’s men had put the Reds four points ahead at the end of December.

Yet Liverpool’s 2-1 defeat at the Etihad in January followed by a spate of draws saw them finish on 97 points – one behind City.

The Cityzens were relentless that season having scored 60 goals by Christmas to all-but wrap up the top-flight trophy by the turn of the year.

13 points ahead of their nearest challengers, City refused to let up at the start of 2018 and finished the campaign with a record-breaking 100 point total.

Fans have to go back five years to last find a Premier League season that had a team other than Liverpool or Man City top at Christmas.

That festive treat went to Antonio Conte’s Chelsea who put down a December marker by winning 13 games in a row on route to ultimately sealing the title.

The Foxes sitting above the rest at Christmas 2015 was seen as a festive miracle that was bound to unravel in the New Year.

Yet Claudio Ranieri’s side kept their composure in the wake of Arsenal and Tottenham’s continued slip-ups to bring the title to the King Power Stadium.

Jose Mourinho delivered once again on his habit of making his second season at a club his most successful as he claimed domestic glory in 2014/15.

The Special One assembled a dominant Chelsea team in his second Stamford Bridge spell that never looked close to relinquishing the three-point lead they had over Man City at Christmas.

Unfortunately for Liverpool fans, only three times in the last decade has a team top at Christmas not won the Premier League – and in each time it has been them.

The Reds had the best player in the country that year in Luis Suarez but a dodgy defence and a Steven Gerrard stumble saw the title slip from their grasp.

Sir Alex Ferguson hadn’t yet announced that it would be his last season as manager when United went four points clear at Christmas 2012.

But the legendary Scot was able to leave Old Trafford on top after going onto win his 13th league title with no one expecting them to not win another for the next nine seasons.

City led the way at Christmas from rivals United by only two points.

United then took control with Sir Alex Ferguson seemingly on the verge of another glorious title triumph.

But City came roaring back and snatched the title with one of the most memorable moments in Premier League history – with Sergio Aguero’s last-gasp goal confirming them as champions.

Johnson does not rule out staggered return to school in England