Man United v Wolves live stream and team news: Cristiano Ronaldo made first ever Premier League start against the Wanderers in 2003 – kick-off time, TV Channel and how to follow 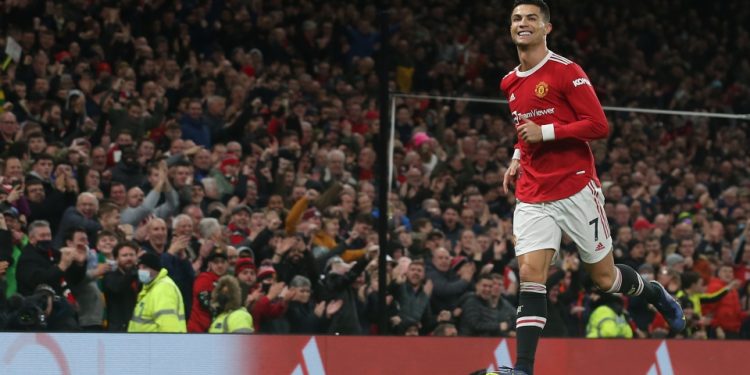 Manchester United will be aiming to kick off 2022 with back-to-back Premier League wins when they host Wolves on Monday evening.

The Red Devils returned to winning ways in their last game in 2021 with a 3-1 over Burnley.

United are eager to keep their pursuit of Champions League football on track.

They have two games in hand over fifth-placed West Ham.

Wolves, meanwhile, haven’t played since their goalless draw with Chelsea on December 19 due to Covid postponements.

The Premier League clash will take place on Monday, January 3.

The match at Old Trafford will kick off at 5:30pm.

A late stoppage-time winner from Marcus Rashford was enough to separate the two sides in this fixture last season.

This match will be broadcast live on Sky Sports Main Event and Sky Sports Premier League with live coverage starting from 5pm.

If not, you can purchase a Sky Sports Day Pass from NowTV for £9.99.

Updates will also be live on talkSPORT throughout the evening while talkSPORT.com will be running a live blog.

Sancho finally looks to have found his feet at Old TraffordGetty

The hosts can welcome back Bruno Fernandes from suspension but still have a number of injury issues to contend with.

Paul Pogba remains United’s long-term absentee due to an ongoing thigh problem while Victor Lindelof is still struggling with Covid.

Anthony Martial is battling a knee issue while Eric Bailly is due to join Ivory Coast for his country’s participation in the African Cup of Nations.

Wolves meanwhile are waiting on which players will be absent with coronavirus after the club’s game at Arsenal was postponed due to an outbreak.

Bruno Lage is also without a number of other key stars through injury with Jonny and Pedro Neto (knee) both definitely out.

Hwang Hee-Chan and Yerson Mosquera (hamstring) are missing as is Willy Boly (calf) while Rayan Ait-Nouri is battling a groin problem.

Hundreds pay respects to Desmond Tutu ahead of low-key funeral