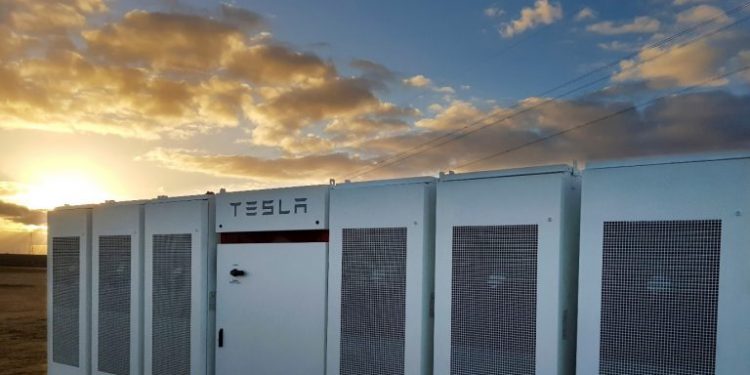 The Bulgana project has in place a 15-year Support Agreement with the government of Victoria. The agreement was put in place after Neoen’s successful bid in a Victorian Renewable Energy Auction Scheme (VREAS) and has been described by the state’s government as a ‘hybrid payment mechanism’ which ensures revenue certainty for renewable energy projects.

The mechanism is a mixture of fixed-price payment and a variable contract-for-difference (CfD) payment paid monthly based on a state-determined strike price for electricity generated. Neoen’s agreement was signed in 2017. It also has in place a corporate power purchase agreement (PPA) with agricultural group Nectar Farms.

Bulgana Green Hub’s generated electricity feeds directly into the national grid. The project represents an investment of AU$350 million (US$253.3 million) and created more than 110 jobs during construction. The site is located in Wimmera, central-western Victoria. A community fund has also been created to benefit local community groups, worth AU$120,000 per year.

The project itself is expected to generate around AU$40.6 million in benefits to the Victoria economy annually, Neoen said, quoting an independently produced economic impact report.

The Green Hub’s start of commercial operations means Neoen Australia now has 652MW wind, solar and energy storage assets in operation in Victoria, with a further 2GW in development. Assets in operation include the Victorian Big Battery, a 300MW / 450MWh lithium-ion BESS which was officially opened by the state’s Minister for Energy, Environment and Climate Change, Lily D’Ambrosio, in December 2021.

“The Bulgana Green Power Hub was made possible thanks to a support contract from the Victorian Government, and has delivered 200 MW of new clean, renewable energy and another big battery for the State,” D’Ambrosio said.

“It’s a significant step towards delivering our Victorian Renewable Energy Targets, which are creating jobs, driving down energy prices and helping us halve emissions by 2030.”

Other energy storage projects the company has put into action in Australia include the 150MW / 192.5MWh Hornsdale Power Reserve in South Australia, which was for a long time the country’s biggest BESS — and one of the biggest in the world — brought online as a 100MW / 129MWh system and then expanded in September 2020.

Hornsdale is being upgraded to include advanced inverters from technology supplier Tesla that will enable it to operate as a ‘virtual synchronous generator,’ providing inertia to help stabilise the electricity network and replacing the role of thermal power generators which traditionally have served this purpose alongside generating power.

Also last December, Neoen Australia issued a notice to proceed to its construction partners on a 100MW / 200MWh battery project in the Australian Capital Territory (ACT).