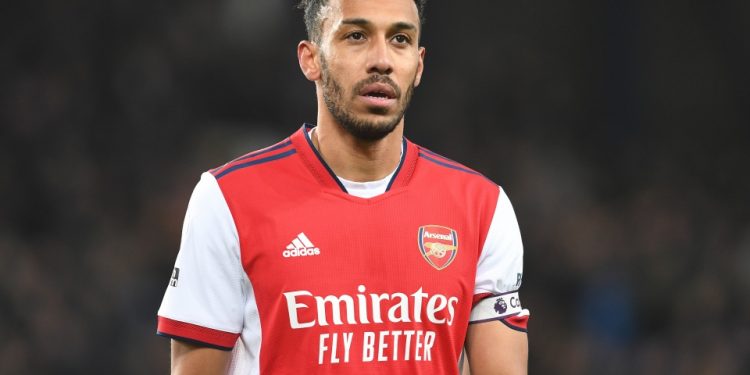 Pierre-Emerick Aubameyang has been backed for a January move to Newcastle, with the project on Tyneside giving the axed captain an opportunity to ‘prove Arsenal wrong’.

Aubameyang has missed five consecutive games for the Gunners after being stripped of the armband by Mikel Arteta in December.

Aubameyang is out in the cold at the momentgetty

It’s understood the north London club are open to offers for the 32-year-old and Newcastle could be the perfect place for the striker to lead a new dynasty on Tyneside, according to talkSPORT pundit Trevor Sinclair.

The Magpies are likley to be able to afford Aubameyang’s contract demands after their takeover last October.

The Gabon international currently earns £350k-a-week in north London and that is a drop in the ocean for the club’s new billionaire owners.

Sinclair reckons a move to Newcastle could be a great transfer for the Arsenal outcast, who is a proven goalscorer and has shown he can do it in the Premier League.

Speaking about where Kieran Trippier would fit in at Newcastle, Sinclair then backed Aubameyang to follow the Atletico Madrid man to St James’ Park.

“He’s a right sided player, full-back and his delivery was exceptional from day dot,” Sinclair said of Trippier.

“Now I’m looking at the forward line and the shape of the team.

“I’m thinking 3-5-2, get him on the right side taking all the set pieces and putting Aubameyang up top with Callum Wilson.

“If you put Aubameyang in there you’ve got threat in the air, pace in behind, goals and potential for Newcastle to stay up.

“If they’re desperate for goals, I think he [Aubameyang] will have something to prove because he’ll want to show people that the cancel culture was wrong.

“He’ll want to prove those people wrong who said they don’t want him at the football club anymore.”

Aubameyang has a superb goalscoring record since arriving at Arsenal from Borussia Dortmund in 2018 for £56million.

The forward has 92 goals in 163 appearances for the Gunners, but his form hasn’t been as explosive in recent seasons and Arteta is happy to let him go in the January window, with his contract running until the summer of 2023.