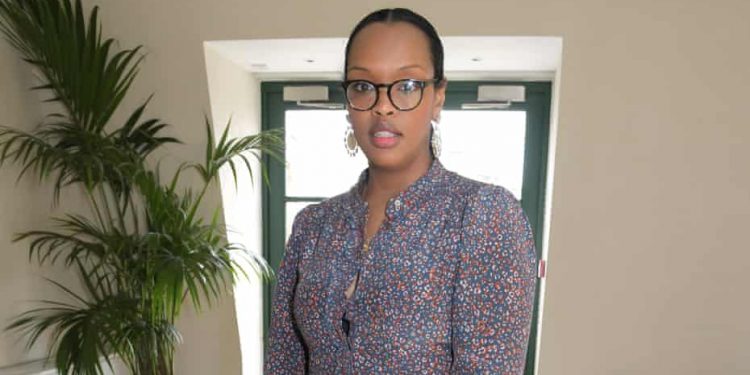 A close friend of Boris and Carrie Johnson did stay with the couple during the peak of the coronavirus lockdown last Christmas, Downing Street has in effect confirmed, while insisting that no Covid rules were broken.

It is understood that Nimco Ali, a campaigner and Home Office adviser who is godmother to the Johnsons’ son, Wilfred, was at Downing Street over the Christmas period as part of their childcare support bubble.

However, the spokesperson did say that neither Boris Johnson’s mother – who died last month aged 79 – or Carrie Johnson’s mother were with the family over Christmas. Asked to confirm whether or not Ali was there, he did not respond.

“It is entirely accurate to say that they followed coronavirus rules at all times,” the spokesperson said, rejecting the argument that it was legitimate to seek clear answers on the arrangements given lockdown breaches by senior government figures such as Johnson’s former chief adviser Dominic Cummings and the ex-health secretary Matt Hancock.

“I don’t accept that,” he said. “We have been very clear that throughout this pandemic the prime minister has expected all ministers to adhere to the guidelines. That is what the prime minister and Mrs Johnson have done, both at this time and throughout, and I’m happy to make that clear.”

Downing Street had also insisted that Cummings had not broken any lockdown rules, and when photographs emerged of Hancock kissing an aide in breach of regulations at the time, No 10 initially said the matter was “closed”.

Nonetheless, questions remain about which rules covered the presence of Ali, a prominent campaigner against female genital mutilation who has a two-days-a-month role advising the Home Office, which was seemingly not advertised.

An article in the magazine Harper’s, written by a senior editor of the Spectator, the magazine Johnson used to edit, which first reported Ali’s presence at Downing Street over Christmas, said she was there “despite pandemic restrictions on holiday gatherings”.

While the government did introduce a “Christmas bubble” allowing people to mix on Christmas Day, this was not in place in areas in the highest tier of restrictions, which included London at the time.

The rules said it was possible for people to use a childcare bubble on 25 December, even in areas under the highest tier, “but only if reasonably necessary for the purposes of childcare and where there are no reasonable alternatives”.

Johnson’s spokesman refused to say if or why such a childcare arrangement was necessary at the time.

Carrie Johnson’s mother, Josephine McAffee, was reportedly part of a support bubble with her daughter, an arrangement that was allowed if one member lived alone or if a household had a child aged under one, which Wilfred was last Christmas.

It was possible for households to have both a support bubble and childcare bubble, but the latter had strict rules and must be used only for childcare, not as a reason for people from different households to mix socially.

It is not clear whether the childcare bubble arrangement for Ali was longer-term or only in place for Christmas. Under the rules, childcare bubbles could change, but only if there was a reason connected to childcare logistics. If this happened, the family with the child had to stop using any childcare for at least 10 days before the bubble changed.

Ali has not commented beyond tweeting that she had received “two days of racist and disgusting tweets” after it was reported that she had breached lockdown rules when she had not.