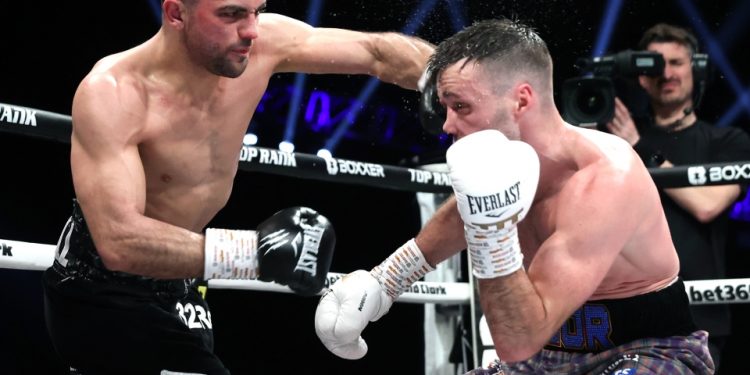 Jack Catterall has branded the British Boxing Board of Control’s response to his controversial defeat to Josh Taylor ‘not good enough’.

Most observers felt the challenger did more than enough to win, and judge Howard Foster scored the contest 113-112 in his favour.

In previous recent instances of controversial scorecards, the BBBofC have been criticised for a lack of action.

This time though, they have issued a rare punishment to the most shocking of the three cards.

John-Lewis has now been downgraded as a result, while the BBBofC have also contacted the sanctioning bodies for all of Taylor’s titles and recommended Catterall is reinstated as mandatory to get another shot.

Upon seeing the BBBofC’s full statement, Catterall and his team were not satisfied.

First, trainer Jamie Moore took issue with some of the wording.

He tweeted: “How can his scorecard, in what was a split decision (but shouldn’t have been), not affect the result?!!”

Catterall himself tweeted: “Not good enough.”

How can his scorecard, in what was a split decision (but shouldn’t have been), not effect the result?!!

Head over to YouTube for more of talkSPORT’s dedicated boxing content where you will find exclusive interviews with the likes of Tyson Fury, Eddie Hearn and Jake Paul, plus our very own boxing insider.

Sky Bet: Bet anything and get £30 in free bets* CLAIM HERE