Poland’s teachers come out on strike 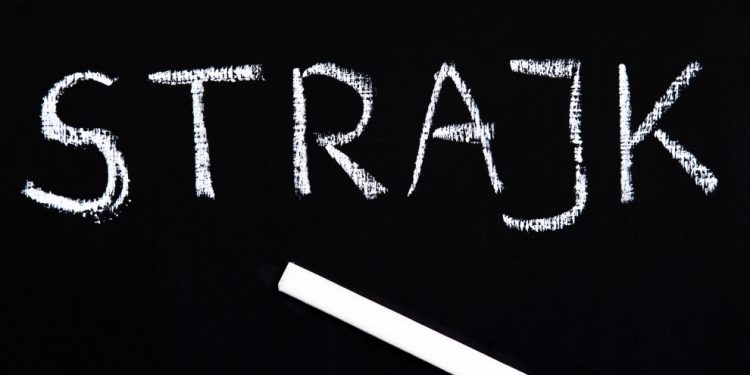 Teachers in almost 80 per cent out of Poland’s 26,304 primary and secondary schools went on strike on the morning of April 8. Last-minute negotiations between the government and the trade unions the previous evening ended in failure. Only one of the three trade unions which represents Poland’s teachers — NSZZ Solidarność, whose education leader happens to be a representative of the ruling Law and Justice party (PiS), agreed to the government’s conditions.

“There is no Solidarity,” Lech Wałęsa, former president and legendary leader of the Solidarity movement commented on Twitter.

“The government’s intention was to divide the unions,” Sławomir Broniarz, leader of the Polish Teachers’ Union said on Radio Zet. “The key point was to increase teachers’ salaries and this wasn’t agreed on. This is not my strike, it’s not a single person’s strike. This is a strike of almost 600,000 teachers. Our original proposal was [to increase salaries by] 1,000 Polish złotys. We then came down to 30 per cent paid by two instalments. It has now been calculated that in order to meet our demands, [the government] would need four billion złotys,” he added.

It is still not clear whether upcoming final exams (in primary schools, lower high school and high schools) will take place. Lower high school (gimnazjum in Polish) students are expected to sit for them between April 10 and 12.