Polish president vetoes media law criticised by US and EU 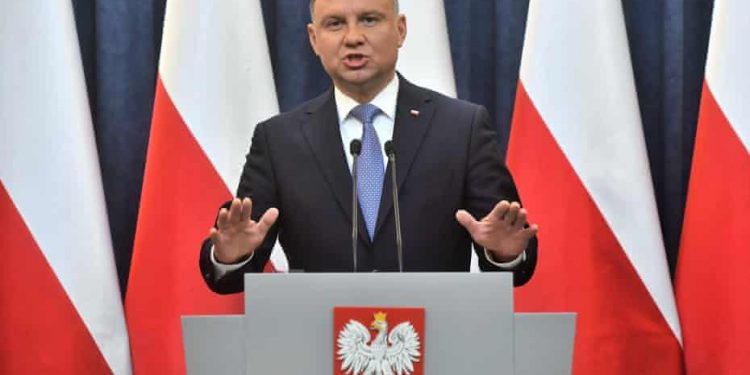 The Polish president has vetoed a media ownership law that critics said was aimed at silencing the US-owned news channel TVN24.

“I am vetoing it,” Andrzej Duda said in a televised statement, after the EU and the US heavily criticised the law.

The law would have prevented companies outside the European Economic Area from holding a controlling stake in Polish media companies. That would have forced the US group Discovery to sell its majority stake in TVN, one of Poland’s biggest private TV networks. TVN24 is its news channel.

The government had argued the law would protect Poland’s media landscape from potentially hostile actors such as Russia.

Duda said he agreed with this principle, but that it should not be made to apply to existing business arrangements and investment treaties.

Bix Aliu, the US chargé d’affaires in Warsaw, had called on Duda to veto the bill, saying Washington was extremely disappointed by the legislation.

“We expect President Duda to act in accordance with previous statements to use his leadership to protect free speech and business,” Aliu had said.

The European Commission spokesperson Christian Wigand had said the proposed legislation would pose “severe risks to media freedom and pluralism in Poland”.

Thousands of Polish people protested earlier this month outside the presidential palace in Warsaw against the law, with many in the crowd waving EU flags and chanting “free media”.

Discovery had said the law “should alarm any enterprise investing in Poland and anyone who cares about democracy and freedom of the press”.

Poland’s ruling Law and Justice (PiS) party controls the public television broadcaster TVP, which has become a government mouthpiece, and much of the regional press.

Since PiS was elected to power in 2015, Poland has dropped 46 places in Reporters Without Borders’ world press freedom index to reach the 64th position.

‘We’re Being Wrapped in Poison’: A Century of Oil and Gas Development Has Devastated the Ponca City Region of Northern Oklahoma