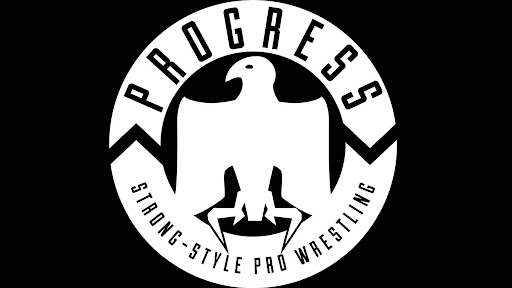 PROGRESS Wrestling will return to live shows for the first time in nearly two years in January 2022 and it will do so under new ownership.

PROGRESS Chapter 127: “ … and the word was PROGRESS” will take place at the spiritual home of PROGRESS, The Electric Ballroom in Camden, London on Sunday, January 23, 2022.

PROGRESS Wrestling is under new ownership

The new owners hail from the directors office at League Two side Tranmere Rovers FC.

Lee McAteer and Martyn Best are the new names in charge. Both men sit on the board at Tranmere, but McAteer is the man with a wrestling background as the founder and former CEO of Wrestling Travel, a company he grew over the course of four years and sold earlier this year.

McAteer said: “We are really excited to have acquired PROGRESS Wrestling and wish to place on record our thanks to the previous ownership for having developed such a distinctive wrestling promotion.

“A feat that must never go unacknowledged. Besty (Martyn) and I are very excited with the opportunity that we now have as the world hopefully returns to normality to re-establish PROGRESS at the position it deserves, as the leading name in British professional wrestling and beyond.

Lee McAteer has been involved in and around wrestling for years, but now he is an ownerWrestling Travel

“Our intention is to reaffirm the word professional into professional wrestling for what is literally a new chapter for not only PROGRESS, but the entire British Wrestling scene.

The main event of the company’s return in Janaury will see PROGRESS World Champion, Cara Noir defending his coveted title against Chris Ridgeway in a first-to-three falls bout.

PROGRESS has also announced that a return to Manchester on Sunday February 6 with a show featuring current Ring of Honor World Champion, Jonathan Gresham. They will then return to the Electric Ballroom that same month on Sunday, February 20.

talkSPORT understands that PROGRESS has no restrictions on who they can bring in despite the ongoing content deal with WWE on their network.

One of the first moves the new management team made was to secure WhatCulture personality and independent professional wrestler Simon Miller as their new host. Known for his ‘ups and downs’, Miller is an excellent addition to the fold.

Cara Noir with his PROGRESS title

PROGRESS was founded by Jon Briley, Jim Smallman and Glen Joseph. Briley will oversee a handover period in the early part of 2022, helping produce shows before departing the company. The business is, however, now wholly owned by McAteer and Best.

For tickets to PROGRESS’s return to live events, click here.

re:Focus on Retail and Logistics | Catalin Pozdarie (CEO Hervis): Delivery and refund times are areas where innovation is truly a must