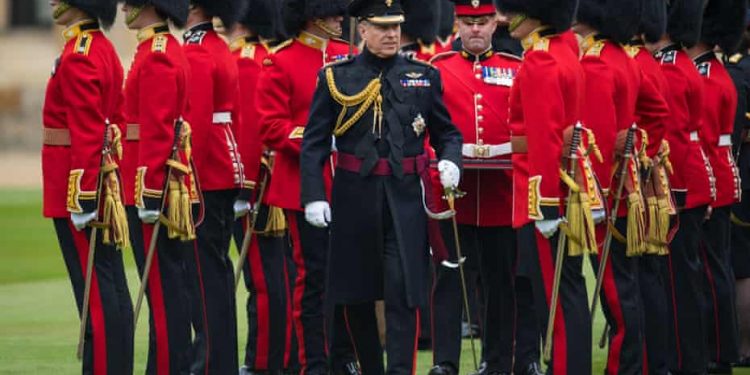 The Queen has removed a range of military affiliations and royal patronages held by Prince Andrew, Buckingham Palace has said. The move, which includes the prince losing the use of “His Royal Highness”, comes after a US judge gave the green light for her second son to face a sexual assault civil lawsuit.

Buckingham Palace said in a statement on Thursday: “With the Queen’s approval and agreement, the Duke of York’s military affiliations and royal patronages have been returned to the Queen. The Duke of York will continue not to undertake any public duties and is defending this case as a private citizen.”

A royal source said the prince would no longer use the style “His Royal Highness” in any official capacity.

The dramatic move comes hours after more than 150 military veterans wrote to the Queen to ask her to strip Andrew of his honorary military roles amid what they described as their “upset and anger”. The palace had said earlier on Thursday that it had no comment on their open letter.

Writing to her in her capacity as head of state and commander-in-chief of the army, navy and air force, an open letter from former members of each of the services said that it was “untenable” for the Duke of York to retain his position.

“Were this any other senior military officer it is inconceivable that he would still be in post,” they say in the letter, sent the day after a Manhattan judge rejected Prince Andrew’s efforts to dismiss Virginia Giuffre’s sexual assault lawsuit against him. The duke denies the allegations against him.

The palace had said previously that the duke’s military appointments were in abeyance after he stepped down from public duties in 2019.

But he still retained the roles, leaving eight British regiments, including the Grenadier Guards, where he had held the title of colonel, in limbo for more than two yearsn.

The veterans say in their letter, which was partly coordinated by the campaign group Republic: “Officers of the British armed forces must adhere to the very highest standards of probity, honesty and honourable conduct.

“These are standards which Prince Andrew has fallen well short of. It is hard not to see, when senior officers are reportedly describing him as ‘toxic’, that he has brought the services he is associated with into disrepute.

“We are therefore asking that you take immediate steps to strip Prince Andrew of all his military ranks and titles and, if necessary, that he be dishonourably discharged.”

The letter concludes with a pointed and personal request to the Queen, who has long been reported to regard Andrew as her “favourite” son. It states: “We understand that he is your son, but we write to you in your capacity as head of state and as commander-in-chief of the army, navy and air force. These steps could have been taken at any time in the past 11 years. Please do not leave it any longer.”