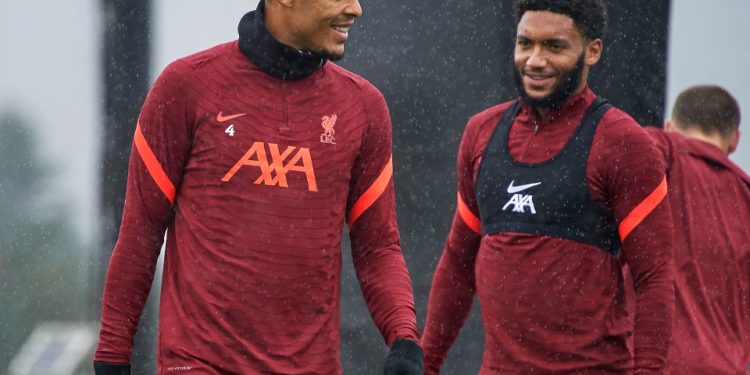 Liverpool defender Joe Gomez has reportedly emerged as a target for Real Madrid ahead of a potential move next summer.

Gomez suffered a knee injury last term in what was a devastating blow for the 24-year-old, having established himself as Virgil van Dijk’s top defensive partner prior to the setback.

Joel Matip has since been drafted in and he has impressed next to the Dutchman at the heart of defence, whilst £36million summer signing Ibrahima Konate is the main back-up if one of them get injured or rested.

Gomez is returning to full fitness and he captained Liverpool against Norwich City in the Carabao Cup in September.

He was a late substitute in Sunday’s 2-2 draw at Tottenham but is seemingly now the fourth choice centre-back for Jurgen Klopp, meaning he could look for first team opportunities elsewhere.

Klopp asserted last week that he would be patient with Gomez and won’t entertain offers in January, but according to the Daily Mail, Spanish giants Real are ‘monitoring’ the player’s situation and could look to make a bid next summer.

Real are looking to bolster their defence and have already made Antonio Rudiger their top defensive target, with the Chelsea centre-back set to become a free agent next summer.

Gomez, who has won the Premier League and Champions League, could be another welcome addition to Carlo Ancelotti’s ranks. However, Van Dijk is hoping Joe Gomez won’t be heading for the Anfield exit any time soon.

The 30-year-old, widely considered the best centre-back in the world when fully fit, tipped his teammate to one day replace him in the line-up and partner up with Konate in the first XI.

Speaking in a video posted to Liverpool’s social media accounts, Van Dijk said when speaking about Gomez and Konate: “These two are gonna take my place at one place though.”