Real Madrid ‘pull out’ of transfer race for Antonio Rudiger – but Chelsea still in crisis with THREE key defenders out of contract next summer, including Barcelona targets Cesar Azpilicueta and Andreas Christensen 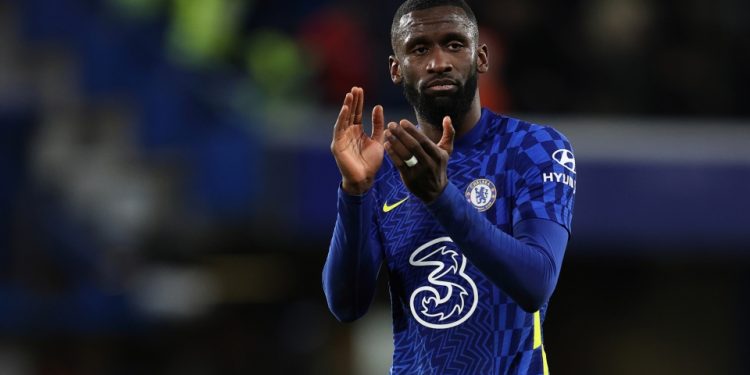 Antonio Rudiger looks to be headed for the Stamford Bridge exit next summer as progress over a new contract at Chelsea continues to stall.

The Germany international has emerged as one of the best defenders in the Premier League since Thomas Tuchel succeed Frank Lampard as manager in January 2021.

Rudiger will be a monumental miss for Chelsea if he leavesGETTY

He helped the club triumph in the Champions League and has been imperious in their five-at-the-back system, helping the Blues become one of the very best defensive outfits in world football.

A host of top teams are monitoring his transfer situation, with foreign clubs now able to sign a pre-contract agreement with the player ahead of a potential move at the end of the current campaign.

Real Madrid were seemingly leading the race to sign the 28-year-old, however, reports in Spain on Wednesday have suggested they have now pulled out of the deal.

Newspaper Marca claim the German’s demands of £200k-a-week salary is too high for the Spanish giants and the LaLiga club have therefore pulled out of the race to sign the defender.

Christensen’s deal is also set to expire next summerGetty

Nevertheless, some other huge European clubs remain interested, including PSG and Bayern Munich – and even Manchester United.

Rudiger’s likely departure isn’t the only defensive worry that Chelsea’s hierarchy have on their minds.

Andreas Christensen, who has blossomed at the back with the German, is also stalling on signing a new deal at the club and Barcelona have been linked with an interest.

Club captain Azpilicueta is a target for BarcelonaGetty

The Dane, 25, has also been a huge hit since Tuchel took over and has potential to be one of the best centre-backs in the world.

But that’s not it, as Cesar Azpilicueta, who has captained Chelsea for nearly three years, is also out of contract and Barcelona are said to be keen on snapping up the 32-year-old on a free transfer.

Chelsea will be comforted by the fact that Thiago Silva has extended his deal by a further year, but the club will no doubt be assessing their options in the market with three key players on their way out.

Sevilla’s Jules Kounde, whose move to Stamford Bridge fell through in the summer due to a breakdown in negotiations, is believed to be one of the top priorities.

The Blues wanted the centre-back last summer but were not prepared to pay his £68m buyout clause and the Spanish club were reluctant to sell even with now-West Ham ace Kurt Zouma offered as part of the negotiations to bring down the fee.

It’s believed the Sevilla will allow the player to leave for a fee of £45m- £50m next summer, less than what they demanded in the summer – but Man United are also keen to sign the 23-year-old.

Another option is Juventus ace Matthijs de Ligt, whose massive £103m release clause will become active at the end of the season.

The Dutchman joined the Italian giants from Ajax for £67.5m in 2019 but hasn’t been the hit many thought he’d be and the club are believed to be considering offers.

‘Arts graduates are flexible’: why humanities degrees are making a comeback

Death in the Channel: ‘My wife and children said they were getting on a boat. I didn’t hear from them again’