Rishi Sunak builds bridge to post-Covid UK – but will it stand up? 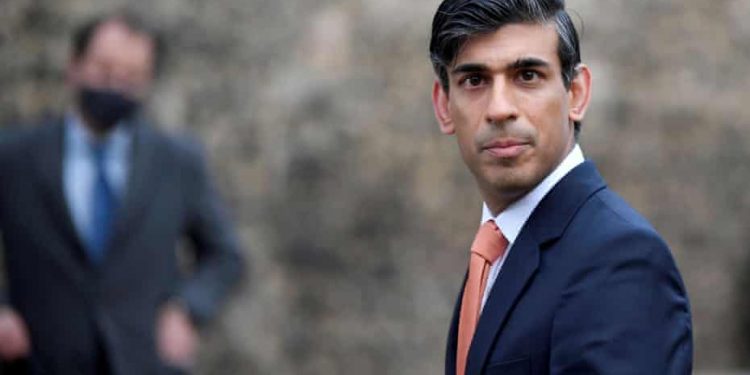 Throughout the pandemic, bridge building has been a favourite metaphor of Rishi Sunak to describe his big-spending economic support packages. Billions of pounds have been spent in furlough wage subsidies, state-backed loans, business grants and tax cuts to carry the British people through the disruption.

Now, faced with the fresh resurgence of the virus leading to lockdown 3.0 in England, yet another chasm in economic activity must be crossed. The chancellor knows a final push is needed, this time as the Covid vaccines raise hopes that the return to relative economic normality is tantalisingly close.

With that in mind, firms in those sectors of the economy hardest hit by the new lockdown in England and tougher controls in Scotland, Wales and Northern Ireland will receive a fresh support package worth £4.6bn, providing grants to companies to help keep them afloat until the spring.

It takes the Treasury’s total support during the pandemic closer to £300bn for the current financial year. But what is hoped by Boris Johnson to be the “last phase of the struggle” against Covid-19 is – as the prime minister also recognises – the hardest phase.

Analysts expect the latest measures will confirm a double-dip recession for the UK economy, with the US investment bank JPMorgan downgrading its forecast for the first three months of the year from 0.1% growth to a 2.5% decline in national output.

It is not quite the scale of economic collapse created by the spring 2020 shutdown, when gross domestic product plunged by 25%. But the country’s current juncture is worrying because of the cumulative damage over the past nine months. Restrictions this time around are also expected to be tougher than during the relatively light-touch English lockdown 2.0 in November, when more non-essential shops were open and Britain’s manufacturing base received a pre-Brexit stockpiling boost.

Schools have been ordered to close, hitting working parents and causing additional disruption, while more restrictions on movement will also combine to make January one of the most difficult months in the pandemic to get through.

After almost a year of stop-start restrictions – and with a somewhat reluctant approach to offering fresh financial support on each occasion – businesses and workers across the country are seriously overstretched. And growing questions are being asked about the adequacy of Sunak’s bridge to prosperity.

The early reaction from business leaders at the start of the latest lockdown is that any extra support is welcome, considering the mounting difficulties for companies after a difficult year.

There are reasons to be hopeful. Unlike the unprecedented chaos of spring 2020 when there was no playbook to reach for, many firms are learning to adapt to life in the time of Covid. The hit to the economy is not expected to be as substantial, the government-backed loan schemes are already up and running, and furlough is a firm fixture of the business landscape – with a recent extension until the end of April.

The extra support comes on top of this, buying Sunak time to build a more cohesive recovery plan to be unveiled at his spring budget on 3 March.

But there are calls for the chancellor to be more ambitious today, rather than in 8 weeks’ time. Sunak notably stopped short of extending VAT cuts and a business rates holiday – two key demands of business groups – while there were also calls to extend furlough beyond April. These demands will inevitably grow louder.

The powerful Commons Treasury committee warns that significant gaps in support that have existed throughout the pandemic, affecting millions of workers – not least the self-employed – urgently need to be plugged. And at a time of rapid growth in unemployment – with more than 2.6 million people expected to be out of work by the middle of this year – question marks still hang over the £20 per week uplift in universal credit benefit. This is due to be cut at the end of March, threatening to push more families into poverty.

Given the scale of the accumulated problems after the toughest year for the economy in three centuries, and given the proximity of a return to relative normality with help from the vaccine, the chancellor’s bridge-building project appears far from complete.