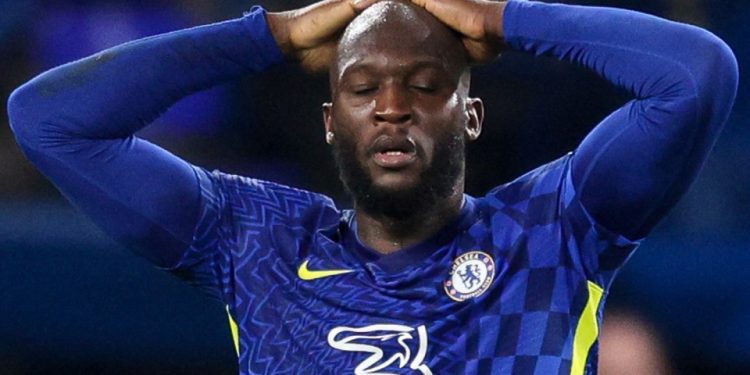 The fallout from Chelsea striker Romelu Lukaku’s interview in Italy continues with the player set to be left out of their squad to face Liverpool.

The Blues face their title rivals on Sunday at 4:30pm at Stamford Bridge but, according to The Athletic, won’t be calling upon their star striker.

Lukaku conducted an unauthorised interview in Italy, the nation of his last club Inter Milan, where he spoke of his frustrations since a £97.5million summer transfer.

“Physically I am fine. But I’m not happy with the situation at Chelsea,” Lukaku told Sky in Italy.

“Tuchel has chosen to play with another system – I won’t give up, I’ll be professional. I am not happy with the situation but I am professional – and I can’t give up now.”

Meanwhile, he also spoke of a desire to return to Inter Milan in the near future.

Tuchel said Lukaku’s interview is ‘unnecessary noise’ for the clubGetty

And now the ramifications of his actions are coming to the fore with the report he will be left out of the Chelsea squad for their huge clash with Liverpool.

The Blues, who have struggled for form in recent weeks, are 11 points behind Premier League leaders Man City, and losing to the Reds would see them fall to third in the table.

Manager Tuchel reacted to the interview on Friday and registered his disappointment.

“We don’t like it, of course, because it brings noise that we don’t need and is not helpful,” said Tuchel.

“But on the other side, we don’t want to make more out of it than it actually is.

Lukaku has done himself no favours with his commentsGETTY

“You know very well how it is, it’s very easy to take lines out of context, to shorten lines to make headlines, then realise later it’s not so bad or what he meant.

“But let’s be honest, we don’t like it, because it’s noise we don’t need, we need a calm environment.

“I don’t feel him unhappy; I feel the exact opposite. If you ask me yesterday morning, I would say he is ‘absolutely fine’.

“If there is something to discuss, it’s behind closed doors, for sure.

“If it’s an interview from a person of that kind of interest, an important player, I totally understand the process. And that’s why it’s a lot of extra noise, but still we are not here to just read the headlines.

Chelsea paid just shy of £100million to bring Lukaku back, but are they better without him?Getty

“And maybe we here can take the time to try to understand what’s going on.

“But you need to ask him not me, I cannot answer you further, because I was surprised.”