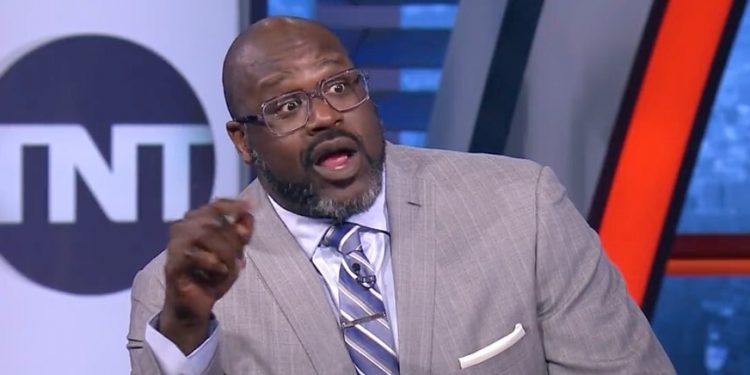 The Philadelphia 76ers and Brooklyn Nets square off in a heavily anticipated matchup on Thursday evening, with James Harden facing his old team for the first time and Ben Simmons expected to be on the Brooklyn bench at Wells Fargo Center. Beyond the magnitude of the event itself, the game is an intriguing test for both the Sixers and Nets on the floor. In particular, Harden and Joel Embiid have put together a very strong start to their shared tenure at the helm in Philadelphia, to the point where some pretty lofty comparisons are being tossed around.

One such comparison is to Shaquille O’Neal and Kobe Bryant from the early 2000’s Los Angeles Lakers, and Shaq was asked about that parallel in podcast form this week.

“No. Not even close. Stop it.”@SHAQ’s reaction after he was asked if Harden & Embiid could be the next Shaq & Kobe

While he did say that Embiid and Harden were in the “honeymoon phase” of their relationship, Shaq left no doubt on the specific comparison, at least for now.

“No,” Shaq said when asked if Embiid and Harden could be “crowned” as the next Shaq and Kobe. “Me and Kobe had eight years of damage together. No, not even close. N-O. H-No. And F-No. Figure it out.”

This is obviously the correct answer, especially with Harden and Embiid playing for less than a month together. While both have achieved lofty heights, neither currently project as top-15 players all-time and, in short, that is the block on which Shaq and Kobe reside in basketball history. There will be time for Embiid and Harden to carve out a shared legacy if they can achieve lofty success, but this sentiment is something you should probably expect to hear from Shaq for a while, especially if the Sixers don’t bring the Larry O’Brien Trophy to Philadelphia this season.