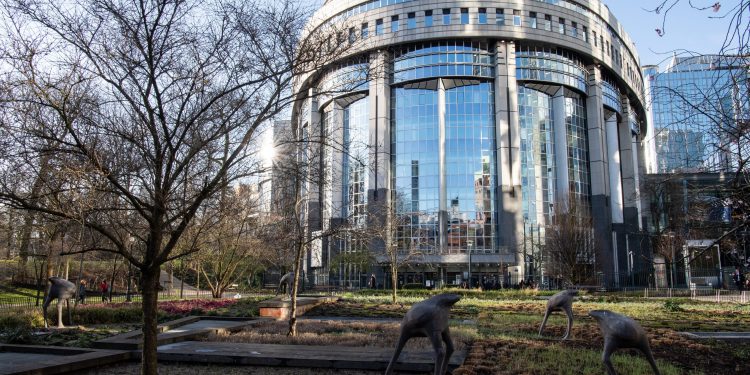 The European Commission will on Wednesday present a bill that aims to “neutralize” companies across the EU that have letterboxes but no offices or employees and are used to dodge taxes, according to a draft obtained by POLITICO.

The so-called Unshell bill “responds to a request from the European Parliament for EU action to counter the misuse of shell entities for tax purposes and, more generally, to the demand of several Member States, businesses and civil society for a stronger and more coherent EU approach against tax avoidance and evasion,” the draft reads.

The parliamentary push reflects years of growing expertise in tax policy, in which Parliament has next to no power when it comes to EU initiatives.

There’s no guarantee it will be successful. Governments can veto any tax bill they don’t like — meaning all of Parliament’s lobbying efforts could come to nothing when the Commission’s proposal is considered for sign-off by EU countries.

However, EU treasuries miss out on some €20 billion a year due to tax-dodging letterbox companies, according to the 52-page draft. Recouping some of those tax losses could go a long way after an expensive coronavirus pandemic that’s left the EU with a heavy debt burden.

“We have been pushing against the vehicle of aggressive tax planning, the shell companies, and the Commission has taken this onboard,” said Dutch S&D MEP Paul Tang, who chairs the Parliament’s subcommittee on tax and has helped lead the legislature’s growing influence. “We will further put pressure on member states to clean up their act,” he said, pointing at the likes of Ireland, Luxembourg, Malta and the Netherlands.

Brussels has ramped up its crackdown on tax-dodging techniques since 2016, when the Panama Papers scandal revealed how far companies and wealthy people will go to avoid paying taxes. Similar scandals have since emerged, such as the Paradise Papers and the Pandora Papers. The EU in response created a blacklist for tax havens — but only for countries outside the bloc.

OpenLux said giant multinational companies such as LVMH, Pfizer and Amazon, as well as sporting personalities that include U.S. golfer Tiger Woods and Portuguese soccer star Cristiano Ronaldo, have made use of shell entities in Luxembourg. The Grand Duchy’s authorities have rejected the investigation’s claims.

Under the proposals out Wednesday, national tax authorities would have to scrutinize shell companies within their borders to see whether they provided any “economic activity.” If they did, the taxman would leave the firms alone for five years before repeating the scrutiny process. If they didn’t, they’d be stripped of all tax benefits.

EU lawmakers have in recent years begun changing tactics when it comes to tax policy. Brussels’ legislative process grants MEPs the right to produce an opinion that EU governments in Council can consider or ignore when amending bills.

The Panama and Paradise Papers scandals triggered temporary parliamentary committees that could send missions across the world and call on industry and government officials to speak at public hearings. These committees produced reports with legislative recommendations, such as tackling shell companies, but carried little power.

That soft touch is now over. Parliament now has a permanent subcommittee in place, backed by tax policy experts with a deep understanding of the topics at hand. The S&D’s Tang has also taken an active role in lobbying the Commission and national parliaments for action as chair of the subcommittee.

“This Parliament is dangerous” given the “really great work” lawmakers are doing, one treasury official said, adding that the committee’s hearings are now even attracting attention from national capitals. “They’re super-efficient.”

Governments’ veto power could prove to be Unshell’s undoing, however.

There’s also the risk that more political tax initiatives could supersede the bill. France is determined to use its incoming six-month Council presidency for legislative talks to implement a global bid to set a minimum effective corporate tax rate of 15 percent across the bloc.

Parliament officials fear that Paris’ focus on the tax rate could leave Unshell by the wayside, although an official at the French treasury said talks on Unshell within the Council are planned for the coming presidency.

Proponents say that if Unshell falls flat, Europe might find it difficult to lecture the international community on tax-dodging.

“If Europe wants to have legitimacy at the international level and to exert real influence in the fight against tax evasion and harmful tax practices, it must set an example ‘at home’ within the EU,” said French Renew Europe MEP Gilles Boyer, who also sits on the tax committee.

What can emerging Europe expect from the EU’s Vietnam trade deal?

What can emerging Europe expect from Ursula von der Leyen?