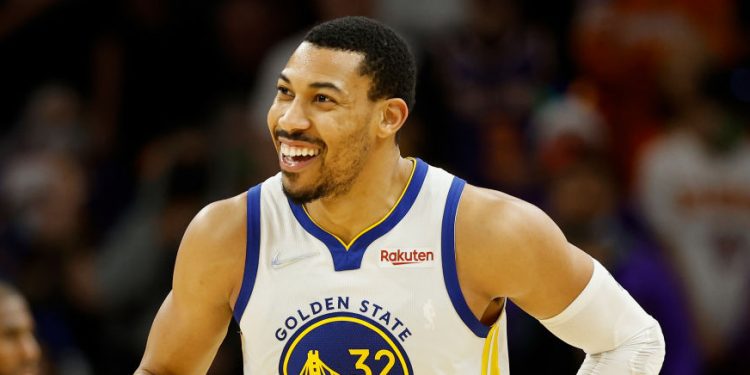 The Warriors and Suns met for the third time on Christmas, this time in Phoenix for what proved to be the second terrific game of the day, following a Bucks comeback over Boston. In a game that was tied 84-84 going into the fourth quarter, it was the Warriors who managed the rare feat of out-dueling the Suns’ backcourt duo of Chris Paul and Devin Booker down the stretch, as Stephen Curry caught fire early and Otto Porter Jr. closed things out down the stretch in a 116-107 win.

Curry was scoring, but had struggled a bit with efficiency through three quarters, but as he so often does, brought some life to the Warriors to start the fourth with a couple of ridiculous three-pointers, including this stepback to take the lead.

Another ridiculous three by Steph

He’s up to 30 PTS for the game pic.twitter.com/qJ8ZanX6LP

Down the stretch, as the Suns focus unsurprisingly shifted almost totally to keeping Curry from getting loose, it was Otto Porter Jr. who picked things up, scoring 10 of Golden State’s final 12 points, including a pair of big threes to keep the Suns at arm’s length every time they came within a few of the lead.

It was an encouraging win for the Warriors because one of the great questions facing them is whether their offense can hold up in pressure spots without having to lean entirely on Curry to make things happen. Even without Jordan Poole and Andrew Wiggins, they found that lift from Porter and even rookie Jonathan Kuminga, who gave them some big two-way minutes late as he showed his tremendous potential in a big time spot.

Jonathan Kuminga with the TOUGH reverse…6 minutes left on ABC

For Phoenix, it was a rare fourth quarter where their two stars simply couldn’t get things going, as Chris Paul and Devin Booker found it tough sledding against the length and speed of the Warriors defense, unable to slow the game down to their pace and pick them apart in the pick-and-roll game. Booker and Paul were a combined 2-for-7 in the fourth quarter, and without those two Phoenix couldn’t find an alternative to pick up the slack and stay attached as Golden State pulled away late.