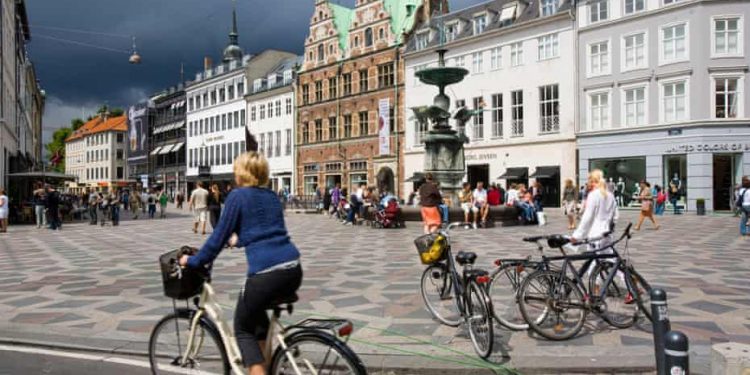 Support for populist sentiment in Europe has fallen sharply over the past three years, according to a major YouGov survey, with markedly fewer people agreeing with key statements designed to measure it.

The YouGov-Cambridge Globalism Project’s annual populism tracker, produced with the Guardian, found populist beliefs in broadly sustained decline in 10 European countries, prompting its authors to suggest the wider electoral appeal of some may have peaked.

Political scientists said the latest results showed “a clear pattern of decreasing support for populism”, but added that the results could mask a higher degree of radicalisation among populist voters and that the pandemic could be a factor.

Populism across the world

Populism, which frames politics as a battle between ordinary people and corrupt elites, has grown rapidly as a political force, with support for populist parties in national elections across Europe surging from 7% to more than 25% in 20 years.

Populist leaders mainly on the far right – Italy’s Matteo Salvini, France’s Marine Le Pen, Viktor Orbán in Hungary or Sweden’s Jimmie Åkesson – have flourished, and populist parties are, or have been, in government in several EU countries.

Agreement with the statement that “a lot of important information is deliberately concealed from the public out of self-interest” was also lower over the three years, by between six and 17 percentage points across the same countries – although it remained high in some, such as Spain (79%).

Matthijs Rooduijn, a political sociologist at the University of Amsterdam and expert on populism, said the survey, of more than 24,000 voters in 22 different countries, showed “a clear drop” in support for populist ideas over the past three years.

But while it suggested that voters, on average, appeared to be becoming more moderate and less receptive of populist ideas, “the small, very vocal group of people, who vote for populist radical right parties, for instance, may have become more radical – more, rather than less, populist”.

Rooduijn also said some of the statements might tap into anti-expert and anti-elite sentiments that had been dampened by the coronavirus pandemic, which – while it had pushed minority groups such as anti-vaxxers to become more extreme – had tended to reinforce trust in science and, to some extent, governments. “That’s already changing,” he said.

Despite concerns about the growing prevalence of conspiracy theories during the Covid-19 pandemic, several countries in the study also showed a sustained slump overall in the proportion of people espousing conspiracist sentiments.

Support for the belief that “the power of a few special interests prevents our country from making progress”, for example, fell from 72% to 58% in France, also shedding five percentage points in Germany, nine in Sweden, 15 in Denmark, 10 in Spain, 12 in Italy, and 11 in Poland and the UK.

While several non-EU countries, including Brazil and Mexico, showed a similar pattern, others, including India, Thailand and most particularly the US – where there was little change in overall levels of agreement with any of the survey’s statements over three years of annual polling – did not.

The authors of the survey, which was carried out in August and September, suggested that this may mean “certain forms of anti-establishment discontent” were more solidly entrenched in those countries.

But the fact that between 2019 and 2021 no significant trends had emerged that showed populist sentiment heading the other way “perhaps suggests the kudos of populist-style beliefs has already peaked in various parts of the world”, they noted.

The survey again found that Denmark stood out as something of a bastion of anti-populist sentiment, with strikingly low levels of agreement with most of the statements compared with other countries.

Only 8% of respondents in Denmark, for example, agreed with the statement “you can tell if a person is good or bad from their politics”, 18% with the view that special interests were preventing progress, and 15% with the sentiment that their country was divided into ordinary people and corrupt elites.

The survey also showed that when it comes to the practical consequences of a populist approach to politics – such as the UK’s Brexit vote – many Europeans tended to take a more neutral view.

Asked how Britain’s departure from the EU had impacted the the economic situation and unity of the bloc, respondents in the 10 European countries (including the UK) that were surveyed mostly said it had made no overall difference either way.

Notably, however, they were more likely to take the negative view than positive one. Only 6% in Germany, for example, thought Brexit had made the remaining member states of the EU more united, compared with a fifth (20%) saying it did the opposite.

Similarly, 37% in Spain believed that Brexit had hurt the EU economically, compared with just 8% thinking it had left the bloc better off.

The survey was carried out between 4 August and 21 September with representative samples of more than 1,000 people in 10 European countries: Denmark, France, Germany, Greece, Italy, Hungary, Poland, Spain, Sweden, UK, and 17 other countries including Australia, US, Brazil, Mexico, Turkey, Russia, China, Japan and South Africa.

Djokovic and the paramilitaries: Elsewhere in emerging Europe