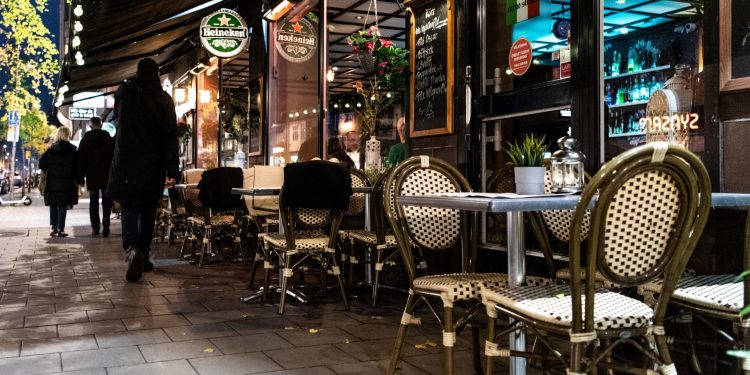 Sweden can wave goodbye to big Christmas parties this season.

The Nordic country is introducing a raft of measures in a bid to stall accelerating COVID-19 infections after scientific modelling projected significant case numbers even with much of the population having received booster shots, the health ministry announced Tuesday.

The measures prevent crowded dancefloors, for example, by requiring people to remain seated at events with at least 20 guests. People must demonstrate proof of vaccination to attend events with 500 people or more, and seated groups of no more than eight must be spaced out.

“The new infection control measures aim to reduce the number of contacts in society, especially between people who do not usually meet,” Sweden’s Public Health Agency explained in a statement.

Sweden’s neighbors Denmark and Norway have already reported surging Omicron cases. And, while Sweden’s numbers are much lower, scientists project the highly transmissible virus will cause another peak in mid-January.

Restaurants can remain open, but tables are limited to eight people and must be at least 1 meter apart. Shops and markets will have to limit customers to one for every 10 square meters of floor space to limit crowding. The same goes for gyms and museums. The new rules come into effect from Thursday.

Sweden will also reimpose a work-from-home rule. A government meeting on Wednesday will decide on a strengthened mandate for the state authorities, the ministry said. This will mean that from January 31, people must work from home unless it’s impossible to do so.

The country, having famously opted not to impose restrictions on people’s lives in the first wave in 2020, has gone full circle with the new rules — and there is still a chance these could be tightened further in January, the ministry said, suggesting COVID pass requirements could be extended.

The measures are based on modelling that projected case numbers from three scenarios of vaccine efficacy. Even with 70 percent protection from boosters, the models project at least 4,500 cases a day by mid-January. The worst-case scenario projected 15,000 by that time.

#RecyclingBreeze | A shield against waste. A new campaign against littering at the seaside

Is paying with your iris the future of transactions? Polish start-up PayEye certainly thinks so