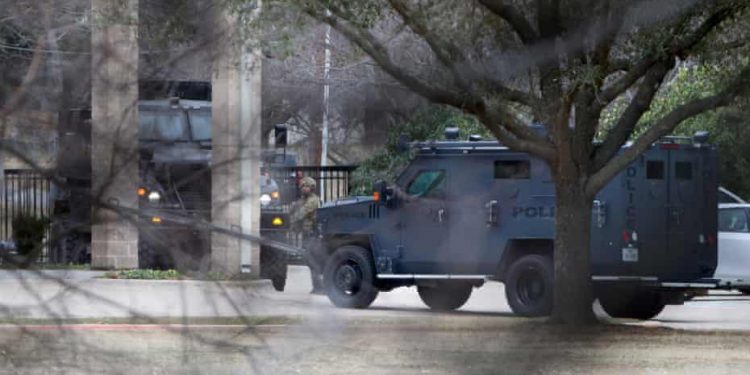 A man who was shot dead by FBI officers after taking four people hostage at a Texas synagogue is understood to be British.

The man began a standoff with police after disrupting a religious service at the Congregation Beth Israel in Colleyville, in the Dallas-Fort Worth metropolitan are, and taking hostages including the rabbi. He released one hostage unharmed after six hours.

More than 10 hours after the siege began, members of the FBI’s hostage rescue team stormed the synagogue to free the three remaining hostages. They were said to be “alive and well” after the siege had been brought to an end.

Reports suggested that a live-stream of the Shabbat service, available on Facebook during the standoff until it was cut off at 2pm local time, captured audio of a man talking in an English accent.

On Sunday, a Foreign, Commonwealth and Development Office (FCDO) spokesperson said: “We are aware of the death of a British man in Texas and are in contact with the local authorities.”

The police department said it first sent in Swat teams at the synagogue in response to emergency calls beginning at about 10.40am. The FBI made contact with the man who said he wanted to speak to a woman held in a federal prison.

In the livestream, the hostage-taker was heard demanding the release of Aafia Siddiqui, a Pakistani neuroscientist suspected of having ties to al-Qaida, who was convicted of trying to kill US military officers while in custody in Afghanistan, a law enforcement official said. Siddiqui is in federal prison in Texas.

Before the livestream was ended, a man could be heard ranting and talking about religion and his sister, the Fort Worth Star-Telegram reported. The man could be heard saying repeatedly he did not want to see anyone hurt and that he believed he was going to die, the newspaper said.