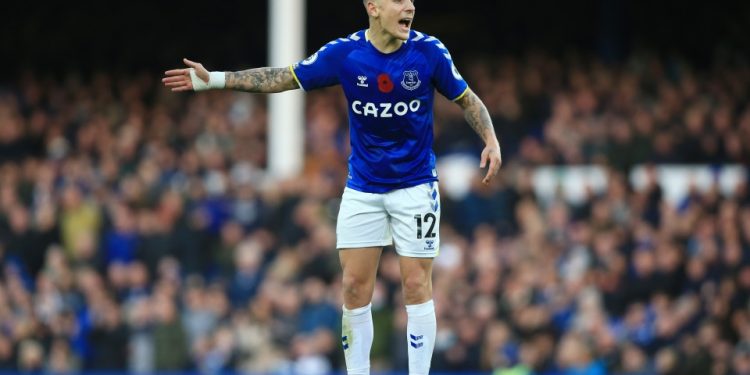 Chelsea may dip in to the transfer market to alleviate their crisis at left-back with manager Thomas Tuchel reportedly looking at several options.

Ben Chilwell will miss the rest of the season as he requires surgery on a knee injury and Everton defender Lucas Digne is said to be the Blues’ first choice replacement with Barcelona’s Sergino Dest and Ajax’s Nicolas Tagliafico also under consideration.

Marcos Alonso is not impressing, meaning the Premier League side could be forced to splash Roman Abramovich’s cash in January.

Journalist Fabrizio Romano suggested Digne is ‘prepared to leave Everton’ and added that possible deals for Dest and Tagliafico are in the early stages still.

Should Chelsea fail to sign any of the three, they have back up options which involves loan recalls.

Dest has also been linked to Bayern Munich in recent weeksGetty

Emerson Palmieri and Ian Maatsen are both playing their trade at Ligue 1 outfit Lyon and League One side Coventry City respectively.

A recall may not be simple, though, as both clubs would be reluctant to send their players back having featured so heavily this season.

What can emerging Europe expect from Ursula von der Leyen?