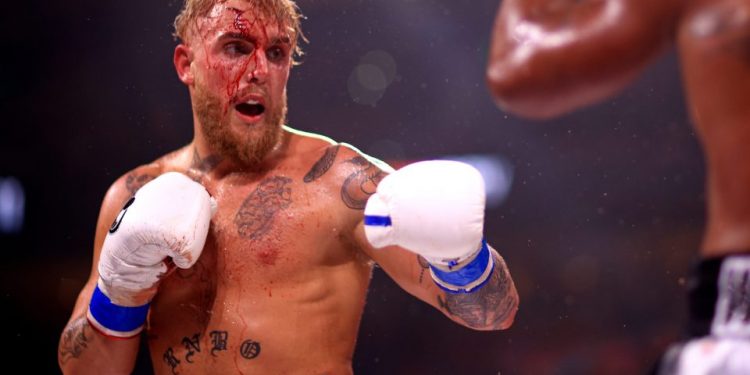 Heading into 2022, the YouTuber-turned-boxer posted his list of goals for the New Year.

Jake included: “Go to chiropractor to heal back from carrying the sport of boxing.”

As usual, the self-proclaimed troll would have been hoping to provoke some irritated replies from boxing fans with his tweet.

However, he likely didn’t expect the former WBC cruiserweight world champion to pop up in his notifications.

Bellew has now explained his reply on the DAZN Boxing Show: “First of all, I’ve got no hate or malice towards Jake Paul, crack on, do what you’re doing, it’s great.

“But in no way shape or form can you claim to carry my sport you absolute f***ing muppet, he hasn’t even fought a boxer yet.

“So how can you claim to be carrying my sport when you haven’t fought someone who comes from my sport? It’s unbelievable.

“I don’t wanna jump on the bandwagon that everyone does and just slate him.

“I don’t like the fact it’s labelled a boxing match because he’s not facing a boxer.”

“So he’s never gonna call my name and I wouldn’t even entertain him if he did.

“He wouldn’t say my name because he knows. He wouldn’t and he couldn’t because I would take his chin off his face.

“It would last for a round and the only reason he would be still there is because for the first half of the round I’d be laughing at him.

“I’m not one of these fighters you play around with and poke at an event. If he poked me, I’m cracking him on sight. Simple.”

Fury is 7-0 with 4 KOsAmanda Westcott/Showtime

Jake was set to face Tommy Fury on December 18 until the boxer withdrew due to injury.

He now wants to reschedule that bout.

“I would love to fight in March or April,” Fury said on The MMA Hour. “100 per cent, with or without Jake Paul.

“If Jake Paul wants to go again in the summer, I’m happy to take that fight, but I want to get a fight in before that and I just want to be active this year…

“So with or without Jake Paul, I’ll be fighting this year hopefully around four times and hopefully we can rekindle this fight and get it settled finally.

“After all this talk back-and-forth, press conferences, interviews, let’s get this fight done – it’s not as if nobody wants to see it.

“A lot of people in this world want to see that fight and I do believe it’s the biggest fight out there that he can take so let’s get it on.”