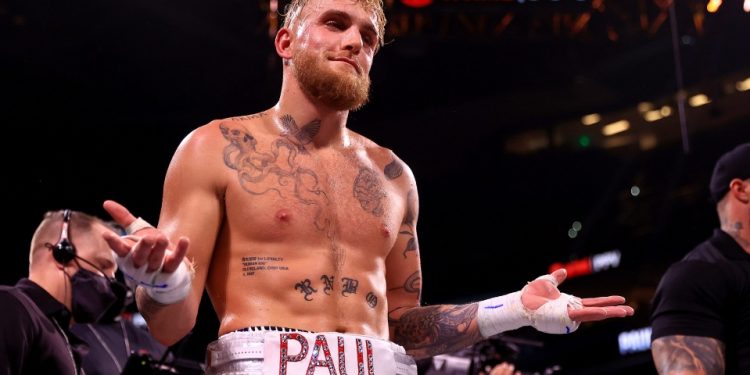 Heading into 2022, the YouTuber-turned-boxer posted his list of goals for the New Year.

Jake tweeted: “Some people are asking about my 2022 goals. Here they are.

“1. Buy Mayweather Promotions and save them from bankruptcy.

“4. Go to chiropractor to heal back from carrying the sport of boxing.”

As usual, the self-proclaimed troll would have been hoping to provoke some irritated replies from boxing fans with his tweet.

However, he likely didn’t expect the former WBC cruiserweight world champion to pop up in his notifications.

Midway through last year, Bellew gave his opinion on YouTube boxers in detail.

You couldn’t carry the jockstrap of a proper BOXER son.. please rephrase point 4!

He told the BBC: “It’s wrong what they’re doing to the sport by claiming they are these fighters.

“But understand, someone’s gonna get hurt doing this and then it’s gonna come back on boxing.

“So you need to take it seriously, boxing is a professional, dangerous, brutal business.

“Do not mess about and try and think this is showbusiness, it’s cameras, it’s lights, fun and games.

“It ain’t nothing funny about being in the ring with another man who wants to take your head off your neck.

“I’ve been there, I’ve done it. Believe you me, someone will get hurt in one of these fights and that’s when it’ll all come raining down.

“That’s when boxing will be called a joke of a sport, ‘This is a disgrace, this is wrong.’ Just stop it now.”