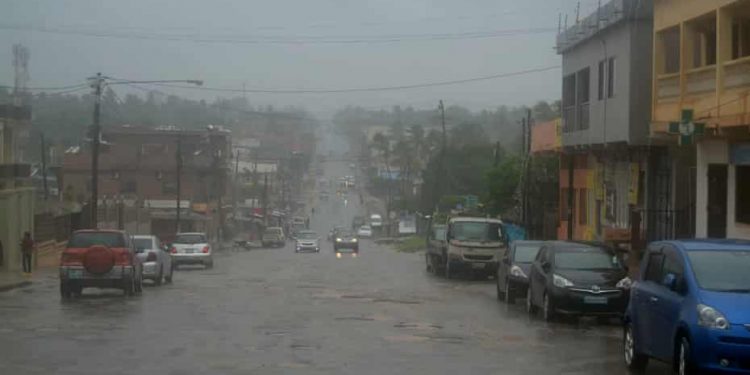 Tropical Cyclone Gombe affected parts of Madagascar, Mozambique and Malawi last week, bringing damaging winds and torrential rainfall. Gombe made landfall in the Nampula province of northern Mozambique on Friday as a category three tropical cyclone with maximum sustained winds of about 120mph and more that 100mm of rainfall in places. Mozambique has already been hit this year by Tropical Storm Ana in January and tropical depression Dumako in February.

A powerful late-winter storm system surged across eastern parts of the US on Friday night and Saturday, bringing heavy rain, widespread heavy snow, strong winds, thunderstorms and freezing temperatures. Snow was reported as far south as Alabama, Mississippi and Georgia, with 20-30cm falling quite widely across the Appalachians and northwards through parts of Pennsylvania, New York and Vermont. Damaging winds affected parts of Florida, with a tornado reported near Crescent City, Florida. Cold weather plunging well into the south has been a frequent feature of this winter in the US.

Meanwhile, during the past week Greece has also been affected by unusually cold and wintry weather for this time of year. Very low temperatures persisted for several days, with widespread snowfall bringing disruption and road closures. In Vathistalo temperatures fell to -28.1C on Saturday night, making it the lowest March temperature on record. Temperatures began to recover from Sunday.