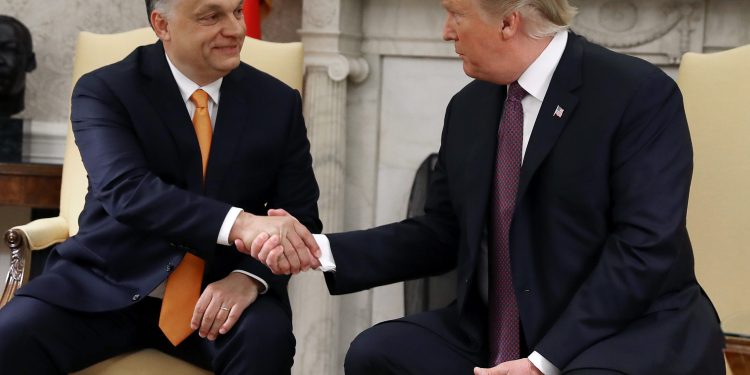 Hungary’s leader “truly loves his country and wants safety for his people,” Trump said in a statement Monday.

“He has done a powerful and wonderful job in protecting Hungary, stopping illegal immigration, creating jobs, trade, and should be allowed to continue to do so in the upcoming Election,” the former U.S. president said.

Hungarian voters will go to the polls this spring to choose between Orbán’s ruling Fidesz party and a diverse six-party opposition alliance, which is backing conservative politician Péter Márki-Zay as its candidate for prime minister. POLITICO’s Poll of Polls shows the election rivals in a tight race.

Critics have accused the longtime prime minister — who endorsed Trump in the 2020 U.S. election — of undermining democratic norms and moving his party toward the far right.

The two politicians enjoyed a friendly relationship during Trump’s tenure in the White House, with the former U.S. leader noting in 2019 that Orbán is “probably like me” and “a little bit controversial, but that’s OK.”

With Joe Biden now in office, relations between Washington and Budapest have soured, and Hungary was excluded from last month’s Summit for Democracy.

In his endorsement Monday, Trump said that Orbán is a “strong leader and respected by all.”

“He has my Complete support and Endorsement for reelection as Prime Minister!” he said.

Excellence in Romanian education awarded at the 2021 Principals’ Awards Gala