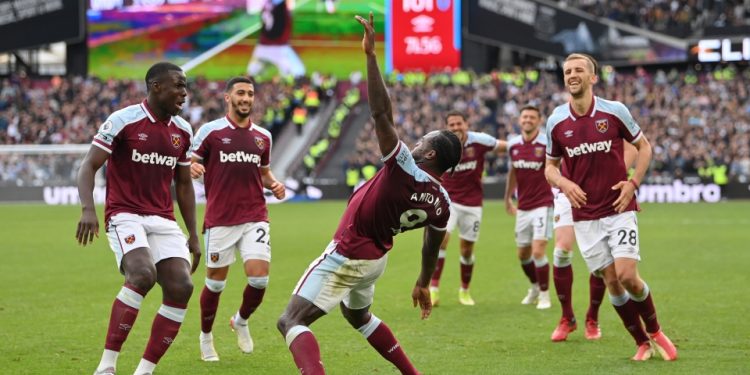 West Ham ace Michail Antonio likened himself to John Cena after a tussle with an opponent – and the WWE star is clearly a fan.

Antonio is the king of goal celebrations and is pretty hilarious on social media too.

The West ham forward dubbed himself ‘AntoNEO’ earlier this seasonGETTY

This week the striker compared his display against Watford to WWE superstar Cena when posting a video of him ‘wrestling’ Francisco Sierralta complete with music.

He posted the clip with the caption: “Sometimes you just gotta handle business… #YouCantSeeMe.”

The hashtag is in reference to Cena’s famous catchphrase and it caught the attention of the WWE star.

The American celebrity reposted images of the incident on his own Instagram page… without adding any comment.

While John Cena may be a fan of Antonio, West Ham is not where his allegiances lie.

The 44-year-old has previously been snapped wearing a Tottenham shirt and was presented with a jersey with the number 54 on it during Juande Ramos’ time as manager in 2008.

Antonio, meanwhile, has been on top form on social media this season.

John Cena is a Tottenham fan

He posted a picture of himself Photoshopped onto Bilbo Baggins after the Hammers qualified for the Europa League knockout stages and said: “We’re going on an adventure.”

His goal celebrations have been pretty special too.

The striker famously celebrated with a cardboard cutout of himself after becoming the club’s top scorer in the Premier League, while also doing a number of dances across the season.