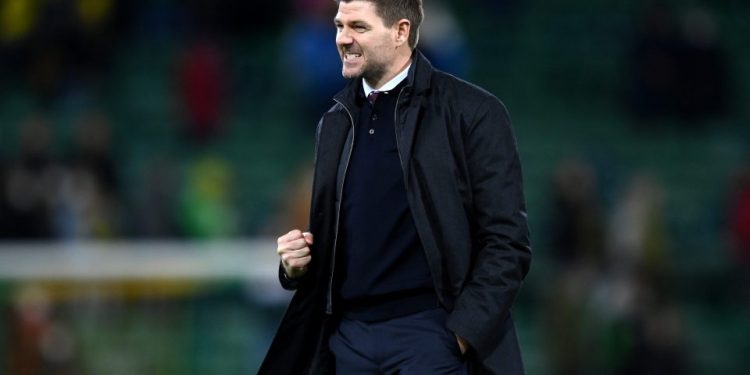 When Steven Gerrard enters a room, everyone stops what they’re doing and listens to what he’s got to say.

Gerrard has won four of his first six league matches in charge of Villa. The two they didn’t win were defeats to Manchester City and LiverpoolGetty

Speaking about Gerrard ahead of Villa’s Boxing Day GameDay clash against Chelsea, Cash told talkSPORT: “It’s brilliant to be out there training with them every day, and playing under him is superb.

“The way we want to play – attacking sharp football – is brilliant, it suits me down to the ground.

“He’s got a presence. When he’s in the room everyone listens. It’s great to be playing under him.”

Cash’s game has developed at a fantastic rate since joining Villa from Nottingham Forest in the summer of 2020.

His performances have seen him get international appearances under his belt, but for Poland, the homeland of his mum.

He has two appearances for Poland under his belt and thus plays alongside Bayern Munich hotshot Robert Lewandowski.

And Cash shed light on what it’s like to play alongside the player who many believe was overlooked for the Ballon d’Or award this year.

Five years ago, Cash was on loan at Dagenham and Redbridge in League Two. Now he’s playing alongside one of the world’s bestGetty

Cash added: “On international duty, the training’s not as long and hard because you have games obviously. We did crossing and finishing after every session and obviously, I was crossing from wide and crossing balls for Lewandowski is just unbelievable.

“His finishing is next level! All you’ve got to do is leave it in there and next time you look the ball is in the top corner! Before I hit the cross I was thinking ‘I’ve got to put this on the money because he’s used to that.’

“Playing with those sorts of players is brilliant for me. And seeing him, one of the best players in the world, up close in training, in games, being around him in the training ground, and having conversations with him was really good for me.”

Ljubljana, CEE’s most cycling-friendly city, is a model for others to follow