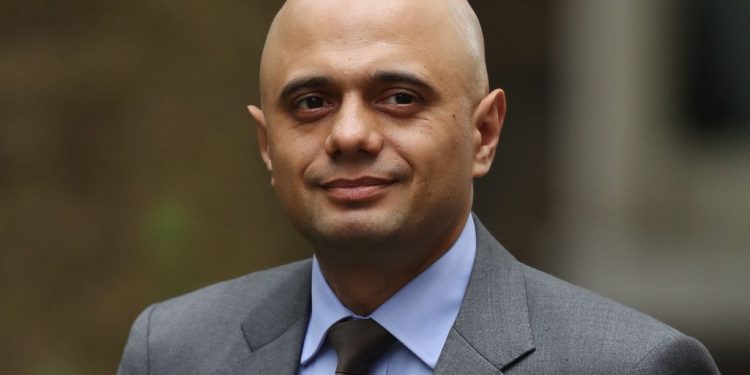 Johnson, who last week bowed to Conservative pressure and promised to resign once a new leader is elected, set tough climate goals, relentlessly talked up the economic opportunities of cleaner energy and, alongside his climate czar Alok Sharma, delivered the COP26 U.N. conference in Glasgow.

He achieved more on climate change than “any Conservative prime minister in the last 10 or so years,” said Sam Hall, director of the Conservative Environment Network. “So him going is a big moment.”

Johnson leaves behind a welter of unfinished climate business at home and abroad — and it’s not clear anyone else will pick up the baton. “There’s obviously still vastly more to do,” said Hall.

The stakes could hardly be higher. The next prime minister will be chosen through an internal Conservative Party election now underway amid a sweltering heat wave, which scientists say has been dialed up by climate change. Candidate Sajid Javid sweated profusely through his campaign launch event on Monday.

Whoever wins will need to deal with a huge gap between ambition and action if the country is to meet its goal of reaching net zero carbon emissions by 2050.

In a progress report a fortnight ago, the U.K.’s Committee on Climate Change said the government only had credible plans to achieve two-fifths of its 2035 climate target — a legally binding staging post on the way to zeroing out emissions. Manufacturing, agriculture and buildings are the areas that have been most neglected.

Meeting those targets will require the next leader to invest major political capital in interventions that would change fundamental aspects of British life, work and play. All this at a moment when cost of living concerns are surging.

That anxiety has been seized on in the past year by fringe climate doubters in the Tory ranks who blame net zero policy for sky-high energy prices, despite energy regulators consistently saying that volatile global fossil fuel prices are responsible.

This weekend two leadership candidates, though initially seen as relative long shots for the top job, took up that refrain. Attorney General Suella Braverman called for the U.K. to “suspend the all-consuming desire to achieve net zero by 2050” in light of the energy crisis. Former minister Kemi Badenoch told the Telegraph it was “wrong” to have set the target.

The field of candidates is wide, but not deep green, according to Zac Goldsmith, a Johnson loyalist MP and the current international environment minister. On Wednesday, before Johnson stepped down, Goldsmith tweeted that most of the wannabe leaders “couldn’t give a shit about climate.”

However, he later said Nadhim Zahawi, who Johnson elevated to the top finance minister role following the dramatic resignation of predecessor Rishi Sunak, “understands the value of nature.”

Goldsmith is mounting a rearguard defense of the net zero goal, alongside MP Chris Skidmore, the chair of a cross-party group that supports the push.

Also writing in the Telegraph, they said ditching the policy would amount to “digging our electoral grave.” Neither have made themselves leadership candidates. Of the nine who have put themselves forward, Jeremy Hunt and Javid both committed to the target under BBC questioning on Sunday.

Other leading candidates are harder to read, but their records are now being pored over by environmentalists.

Foreign Secretary Liz Truss has done little to hide her skepticism about the net zero pledge and aspects of the wider green agenda.

As environment secretary in 2014, she cut subsidies to solar farms, criticizing them as “ugly” and a “blight” on the countryside and claiming they hindered food production. As chief secretary to the Treasury under Theresa May she opposed the U.K.’s bid to host the COP26 summit.

Most recently, Truss ordered the U.K.’s Foreign Office this spring to spend less foreign aid on environmental projects and more to support women and girls.

Truss is far from being a full-blown climate skeptic, however — she has warned of the dangers of climate change and pushed for more green tech, including measures to promote free trade in low-carbon technologies.

For his part, Sunak — seen as the early front-runner to succeed Johnson — has maintained an ambivalent stance on green policies.

In a speech to party members in 2021 he pointedly made no mention of net zero, and used his fall budget to announce a cut in air passenger duty on domestic flights and another freeze on fuel duty. Over the past year, there were tensions between Sunak and Johnson over how much to spend on net zero.

Yet there’s nuance to his record too. While Sunak was running the all-powerful Treasury, he drew up plans to expand green finance and promised to make the U.K. the first net zero financial center.

Without sharing Johnson’s enthusiasm for the green agenda, Truss and Sunak might choose to play up skepticism to gain support among Tory members before shifting to a more orthodox position if they win power.

Hall believes there’s room for maneuver. The “political and economic context is favorable” for a Tory leader to take a more aggressive position on climate, he said. Public support for net zero remains high and renewable energy is now a competitive U.K. industry.

In recent months, however, the government’s climate messaging, including from Johnson, has noticeably cooled.

Ministers have argued that policy reversals on new North Sea oil fields and even a new coal mine in Cumbria are justified by energy shortages; Johnson skipped a climate summit hosted by U.S. President Joe Biden to go to Kyiv; and Business Secretary Kwasi Kwarteng publicly boasted that he had raided the budget for helping poor countries fight climate change to buy weapons for Ukraine.

“It’s pure dogwhistle,” a senior U.K. government official said. “As a data point of where these guys are at, I think it’s pretty telling and I don’t think it’s gonna get any better.”

Much of Johnson’s domestic climate enthusiasm was spurred by the U.K.’s role as host of the 2021 COP26 U.N. climate talks in Glasgow — a powerful platform from which he could convene world leaders and demonstrate Britain’s post-Brexit global leadership.

The conference was neither the historic “success” Johnson claimed, nor a calamitous failure. The deal engineered by COP26 President Sharma in Glasgow leaned heavily on promises from governments to deliver stronger climate goals by the end of 2022. If they don’t come in, COP26’s place in history will thin markedly.

The sentiment among civil servants charged with delivering the U.K.’s climate agenda is that as long as Sharma is in post — he was notably absent from the raft of dramatic resignations that hit Johnson’s government last week — there will be someone defending the gains won during two years of work.

It’s no certainty, however, that he’ll stay in the job under a new leader.

President for COP26, Alok Sharma, speaks on stage during the opening ceremony of COP26 at SECC in 2021 in Glasgow, Scotland | Christopher Furlong/Getty Images

Sharma spent much of the past tumultuous week in Turkey, part of a pressure campaign for big emitting countries in the G20 to set tougher goals. While other Cabinet ministers were using Twitter to announce their resignations, he posted from Ankara: “I am getting on with my job working with countries to deliver” on the commitments they made at COP26.

He’s also intent on getting rich countries to stump up more support to help the poorest cope with the impacts of global warming and cut deals with Vietnam, Indonesia, Senegal and India to shut down coal plants and step up their renewable generation.

Landing those elements would help Sharma — and ultimately Johnson — to claim COP26 “made a difference and that the U.K. continued to lead,” said the senior official. But actually getting it done will require other ministers to sign off on finance or apply their own political pressure to government departments or overseas partners.

“With Boris in No. 10, it would have been easier,” the official said, because the prime minister could have leaned on any reluctant Cabinet members. “The danger now is that getting Whitehall to deliver is harder to do.”