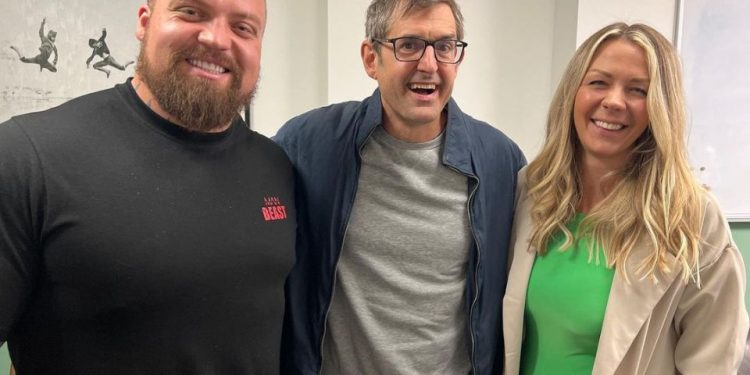 The Beast lost to Thor in their long-awaited showdown in the boxing ring earlier this year.

The two former World’s Strongest Men hoped to settle their feud by slugging it out, with their hatred going back to allegations of cheating during their strongman days.

The build-up to the fight is the subject of a Louis Theroux produced documentary titled: Eddie Hall: The Beast v The Mountain.

That airs on Sunday, June 26 and follows the lead up to the clash and all the struggles he went through.

Hall told the Radio Times: “It was a hell of a challenge to go from strongman to boxer. You know, when I signed the contract, I was 175 kilos in bodyweight and then dropped back down to near enough 140, so wanted to lose like 30-something kilos in the space of two years.

“I caught COVID twice – once at the very, very start of 2021. I had it really bad and was on my back for three months. Then I got COVID just before the fight as well. So that f***ed me over in terms of like fitness.”

Thor took down Hall in their exhibition grudge match in February

He added: “And probably the worst thing was I detached my left bicep. I ripped my bicep off the bone eight weeks prior to the fight, and then it got rescheduled for six months from the injury. And that was hell on earth training around an injury because I didn’t have enough time to get back in shape.

Hall also detailed the mental health challenges that came with the move from strongman to boxing.

He also opened up on losing friends to suicide recently.

Hall completely transformed his body to go from strongman to boxing

Hall said: ”I think it’s been a big it’s been a real hard two years for myself as it has for most people. But I think there’s been some issues that have really come to light and that is mental health, and particularly male suicide rates.

“They are going through the roof and 90 males per week take their lives, and when you break that down, that’s one man every two hours in the UK. I myself have lost three friends in the last year; one of them was my best friend.”

He continued: “I just wanted to get that message out there that we’re all on a struggle, we’re on a path, and having someone like myself – the World’s Strongest Man – who is seen as the alpha, going through the struggles and strains, it helps other people to sort of realise that they’re not alone and maybe they can look for help and better themselves.

“It was very emotional. I’m a very emotional guy and talking about the struggles you’ve had is not easy. But I enjoyed doing it because I know it’s going to help people. And if you can make a difference to one person’s life, then to me that is worth it.”