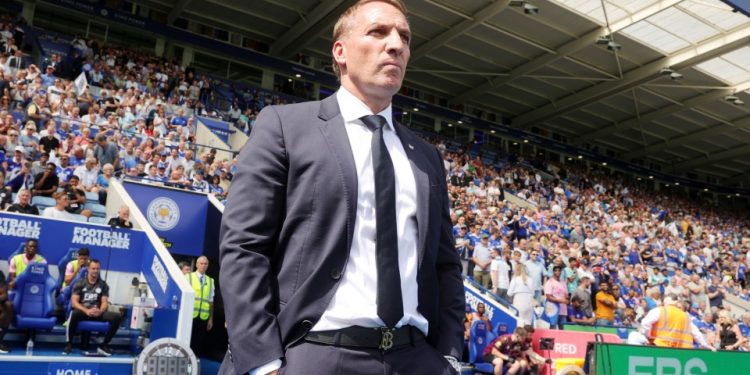 Brendan Rodgers’ Foxes are bottom of the top-flight having taken just one point from four games so far this season.

Rodgers needs a response from his Leicester side against Man United

Leicester, who have sold Wesley Fofana to Chelsea this week, lost to the Blues on Saturday despite facing ten men for most of the game.

Rodgers is coming under increasing pressure and must hit back against United.

Erik ten Hag’s men have bounced back well from two defeats to start the season.

They were superb against Liverpool recently and followed that up with a dodged victory at Southampton at the weekend.

This fixture produced a six-goal thriller last season as Leicester stunned the Red Devils with two late goals to win 4-2.

Leicester v Manchester United: Date and how to follow

This Premier League clash will take place on Thursday, September 1.

The game at the King Power is scheduled to kick off at 8pm.

It will be broadcast on BT Sport 1 with coverage starting at 7pm.

BT Sport customers can live stream this via the app using their mobile, tablet or computer devices.

Updates will also be live on talkSPORT throughout the evening while talkSPORT.com will be running a live blog for all the action.

To tune in to talkSPORT or talkSPORT 2 through the website, click HERE for the live stream. You can also listen via the talkSPORT app, on DAB digital radio, through your smart speaker and on 1089 or 1053 AM.

Leicester will be without long-term absentees Ryan Bertrand and Ricardo Pereira.

However, James Maddison should be fit to return from a muscle problem that kept him out of action at the weekend.

For United, Casemiro is in line for his first start but new signing Antony won’t be involved.

Ten Hag could rotate his ranks meaning the likes of Cristiano Ronaldo, Harry Maguire and Luke Shaw may come into his line-up too.

United manager Ten Hag has rejected suggestions the impending arrival of Antony is an indication that Cristiano Ronaldo is surplus to requirements at Old Trafford.

When directly asked about Ronaldo, who has settled for substitute roles in United’s last two matches, Ten Hag said: “It is clear, we need quality players.

“You need more and to cover all the games to keep the consistency going, that’s what we strive for.

“Especially from offensive players, they are quicker fatigued because they have to run more and run with higher intensity. We expect that from them and our way of play.

“We need numbers there, we need not just quantity but quality.”

Casemiro is in line to start for Man UnitedGetty