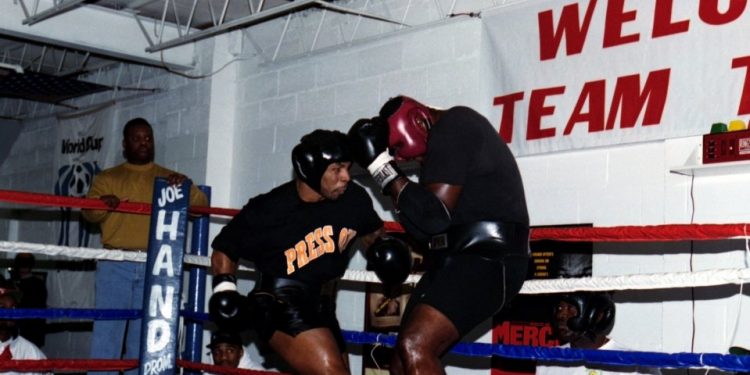 Mike Tyson was so dedicated to watching the cartoon Tom and Jerry, he would deliberately try and blast five men out of the ring in less than an hour.

The youngest ever heavyweight champion in the history of boxing was a phenomenon at the very peak of his powers, the perfect blend of power, pace, technique and ruthless aggression.

Despite standing just 5ft 10ins, Tyson blitzed through the biggest, baddest and best fighters in the world with his vicious ‘peek-a-boo’ style wreaking havoc.

Yet it transpires Iron Make did not just reserve those explosive hooks and body attacks for fight night, instead unloading on sparring partners just so he could make it home for his favourite TV show.

Former training partner, confidante and bodyguard Rudy Gonzalez revealed Tyson was a true force of nature inside the ring and a completely different beast outside of it.

Gonzalez told The Sun: “When we trained in Vegas his sparring sessions were from 12pm to 5pm.

“He would be the nicest guy beforehand asking the sparring partners: ‘How you doing today, how’s the family?’

“Then he would just knock out five guys all out so within an hour so there was nobody left.

“I saw him punch the heavy bag so hard it broke a few times from the chains and the other boxers would just leave saying: ‘we are not f****** with you today. I do not care how much money you pay me.’

“Anyone who felt they were up for taking him on, he would hit them and they’d snap. Soon after they would pack their bags.

“So one day I asked: ‘Boss I am confused, isn’t this about working on techniques?

“He replied: ‘If I keep it going we will miss Tom and Jerry cartoons.’”