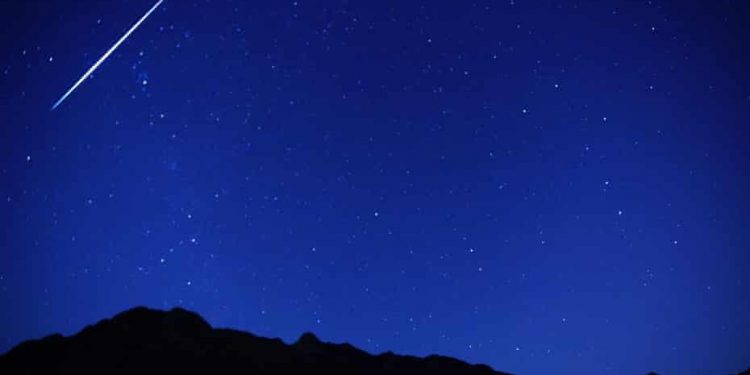 A meteor that caused an earthshaking boom over suburban Pittsburgh on New Year’s Day exploded in the atmosphere with an energy blast equivalent to an estimated 30 tonnes (27,200kg) of TNT, officials said.

The National Weather Service in Pittsburgh initially responded, suggesting the most likely explanation was a “meteor explosion” as people took to social media in search of answers.

Nasa’s Meteor Watch later confirmed the meteor blast in a Facebook post on Monday, saying a nearby infrasound station registered the blast wave from the meteor as it broke apart, causing sonic booms.

The data enabled an estimate of the energy released as equivalent to 30 tonnes (27,200 kilograms) of TNT.

“If we make a reasonable assumption as to the meteor’s speed (45,000mph, or 72,400km/h), we can ballpark the object’s size at about a yard in diameter, with a mass close to half a tonne,” the agency said.

If not for the cloudy weather, it said, the fireball would have been easily visible in the daytime sky – maybe about 100 times the brightness of the full moon.

National Weather Service meteorologist Shannon Hefferan told the Tribune-Review that satellite data recorded a flash over Washington County shortly before 11.30am on Saturday and officials believed it was due to a meteor “falling through the atmosphere”. Hefferan said a similar event occurred on 17 September in Hardy County, West Virginia.

Residents in South Hills and other areas reported hearing a loud noise and feeling their homes shaking and rattling. Allegheny County officials said they had confirmed that there was no seismic activity and no thunder and lightning.

“[It] was such a loud boom and shook my house in Verona. Grabbed my dog as we were both startled … thought earthquake, train derailment or big crash on turnpike behind my house,” one person wrote in response to the blast.

“We seen and heard it here in Southwest Ohio we saw a huge flash and approximately three or four seconds later a huge boom it literally shook our house I thought someone did light some dynamite,” another man added.