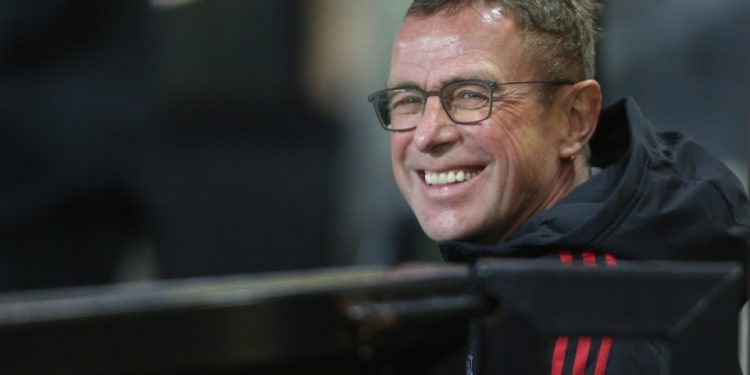 Manchester United boss Ralf Rangnick has given an update on his squad as they prepare to return to action following their COVID-19 outbreak.

Games against Brentford and Brighton were called off due to eight first-team players and three goalkeepers contracting the virus.

Thankfully they have all recovered and bar Paul Pogba, the former RB Leipzig boss has a full squad of players to choose from.

The Red Devils are up in action against Newcastle United on Monday, December 27 and looking to continue their 100 per cent record in the Premier League since the former RB Leipzig boss took charge.

“Yes, as you know, we had last week, the last training session on Thursday, from there today, we had eight few players, three goalkeepers and then we closed the training ground for four days in order to break the chain and today was the third day of training this week,” he told reporters.

“We trained on Tuesday, yesterday and today and we have 25 field players, so quite apart from Paul Pogba, he’s the only one missing out, everyone else is on board. The development of the last week is extremely positive.

“We will train tomorrow and there will be a day off for the players on Christmas Day and then we have the last training session here on Sunday and fly to Newcastle Sunday evening.”

Given that clubs are now in the most strenuous part of the season with games every two to three days, Rangnick will need his full squad and is looking forward to the festive schedule but did suggest a change to the current calendar is needed.

“You know that better than I do what a big tradition it is to play on Boxing Day, 27th, even on the 30th or 2nd of January,” he added.

“I think we should stick to and respect this big tradition. I’m looking forward to that for, first time in my coaching career, but there could be two other issues and they have been discussed in the past.

“This is something we could speak about and discuss, I know the reason for that the League Cup is still kept for the third and fourth division teams to improve the financial situations of those clubs.

“But a tight calendar, too many games, this is something to speak and discuss.

“The other issue changed is you would have to have a replay, this had been changed now, I think this is a good idea. In other countries, you play extra time and penalties, and never have replays, those are topics you could speak about.”

Recipients of Poland’s ‘500+’ Programme More Likely to Be Unemployed

Should I have children? Weighing parenthood amid the climate crisis