Robert Lewandowski suggests he’s the best player in the world as he discusses losing Ballon d’Or to Lionel Messi, but Bayern Munich striker leaves door open to transfer with Man City among those linked 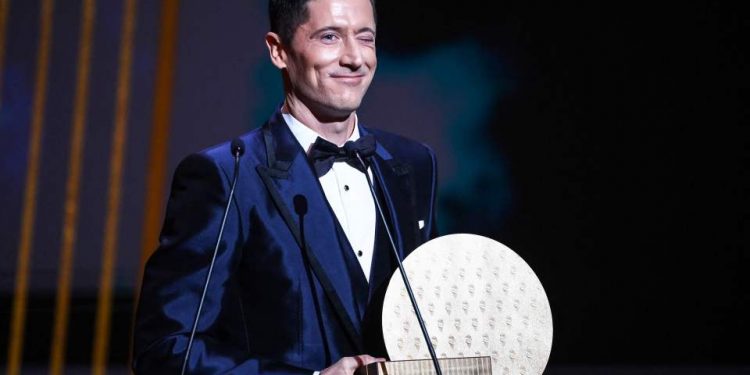 Bayern Munich striker Robert Lewandowski has opened up on his Ballon d’Or heartbreak, and named himself the world’s best player.

The Ballon d’Or is widely seen as the most prestigious individual prize in football, and Lewandowski appeared to be a shoo-in to pick up the golden ball in 2020.

Many feel Lewandowski, who was named Striker of the Year, should have won the big oneAFP

Messi said the runner-up deserved to win in 2020, but as Lewandowski points out, his numbers were even better in 2021AFP

Last year, the Pole scored 47 goals in 44 games during a year in which Bayern won a famous treble largely thanks to Lewandowski’s unstoppable scoring.

The one award that alluded the 33-year-old goal machine, though, was the Ballon d’Or, with the 2020 edition of the prize abandoned due to the COVID-19 pandemic.

The 2021 ceremony took place at the end of November, and Lewandowski was beaten to the crown by Argentina Copa America winner and Paris Saint-Germain forward Lionel Messi, who picked up his seventh title.

Messi paid tribute to Lewandowski during his victory speech, saying the 2020 award should have been his, but in an interview at the Expo Dubai, Lewandowski was keen to point out that his numbers were in fact better in 2021.

Lewandowski picked up a number or rewards in Dubai, but they’re nothing compared to the Ballon d’OrAFP

“I’ve had so many questions about the Ballon d’Or,” he admitted. “Last year they cancelled it, I couldn’t go, I won everything I could win.

“I did everything that I could do, because in the Champions League against PSG I was injured, I couldn’t play.

“But with my performance, with myself, if I stand in front of the mirror I can say to myself ‘you did everything that you can, you scored 69 goals, you won the German league and you can be proud of yourself’.

But the Pole is adamant he’s the bestAFP

“I respect other players because they are great players but I know that for me it’s important to be myself and think always positively.”

Lewandowski was then asked to decide the age-old debate between, Cristiano Ronaldo and Lionel Messi, considered to be the two best players in the world.

“I choose Lewandowski,” he said, showing exactly who he thinks the world no.1 is.

There’s speculation surrounding Lewandowski’s future at the Allianz Arena with his Bayern contract set to expire in the summer of 2023 having been linked with Manchester City in the last transfer window.

Could Erling Haaland be Lewandowski’s successor at Bayern?AFP

Asked about his contract, he said: “I’m not thinking about that.

“I’m happy with how things are at the moment and focused on the current season. I’m used to rumours every year so that doesn’t bother me. I haven’t read the press for a long time.”

Estonian branch of Danske Bank at centre of money-laundering investigation