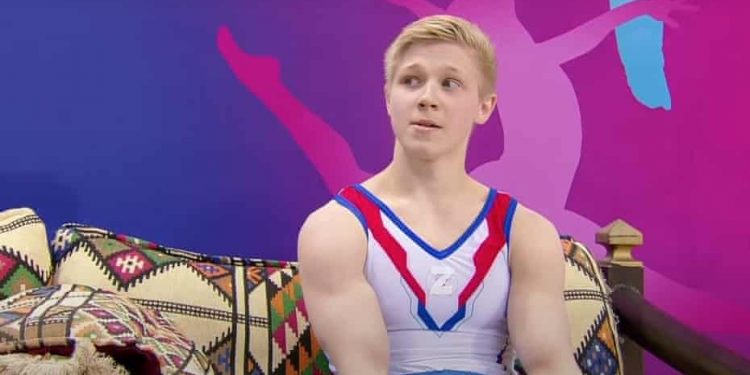 Russian gymnast Ivan Kuliak, who sported an insignia linked to the invasion of Ukraine on a medals podium, had been called out for his “shocking behaviour”.

Kuliak’s shirt had the letter “Z” prominently placed as he stood next to Ukraine’s Kovtun Illia, the gold medallist at a Gymnastics World Cup event in Doha.

The “Z”, a letter that does not exist in the Cyrillic Russian alphabet, has been seen daubed on Russian tanks and vehicles in Ukraine and has come to symbolise support for the invasion.

Kuliak, a former all-around and floor national junior champion, had won the bronze medal on Saturday.

“The International Gymnastics Federation (FIG) confirms that it will ask the Gymnastics Ethics Foundation to open disciplinary proceedings against Ivan Kuliak following his shocking behaviour at the Apparatus World Cup in Doha, Qatar,” a statement from the ruling body said.

It had already been decided that from Monday all Russian and Belarusian gymnasts will be banned from future competitions.

“The FIG adopted further measures against Russia and Belarus on 4 March,” FIG said in a statement. “From 7 March 2022, Russian and Belarusian athletes and officials, including judges, are not allowed to take part in FIG competitions or FIG-sanctioned competitions.”

In taking its decision, the FIG said it took in account the latest recommendations from the IOC, the stance of its athletes’ commission and the “deep concerns” and positions expressed by many national gymnastics federations.

Russia’s invasion has been condemned around the world, sent more than 1.5 million Ukrainians fleeing abroad, and triggered sweeping Western-led sanctions aimed at crippling the Russian economy. On Sunday eight civilians were killed outside the capital Kyiv when Russian forces shelled a bridge as they were trying to flee to safety.