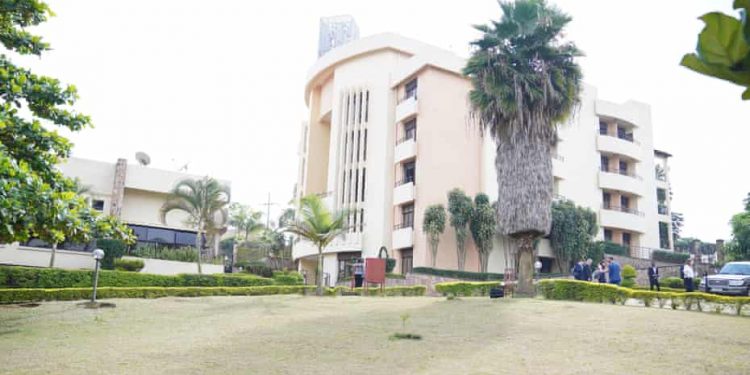 Asylum seekers flown to Rwanda by the British government will be put up in a no-frills hostel a mile away from Kigali city centre.

People fleeing war and persecution will be taken to a guest house, built in 2014, which only has 50 rooms available, although there are plans to expand the facility.

Hope guest house, a privately owned hostel in the Gasabo district of the capital, is currently being used for tourist accommodation, according to Rwandan government officials.

However, it is understood that Rwandan authorities are in negotiation to lease the basic and stripped-back property to be used to house UK asylum seekers while their claims are being processed.

However, given Britain’s growing asylum backlog, a hostel that can only accommodate 100 people – if there are two people to a room and guests share communal bathrooms – falls well short of what is required as part of the Home Office’s immigration strategy.

There are plans to expand the facility by building more accommodation blocks, eventually offering 150 rooms and able to sleep up to 300 people, but the government has not said how long this will take.

Asylum seekers are expected to be given three meals a day to eat in a communal dining room, with some kitchen facilities also available for those with special dietary requirements.

The plans, announced by Boris Johnson at a time when his premiership hangs by a thread following his Partygate fixed-penalty notice, have been criticised across the political spectrum.

The Tory peer Lady Warsi wrote on Twitter on Thursday that they were “ineffective and costly”, adding: “It’s also inhumane and shames our proud history as advocates of human rights and the refugee convention.

“It’s inconsistent with our generous response to the Ukrainian crisis. Its timing is cynical and political.”

Meanwhile, Priti Patel made a private visit to the site on Thursday to see an example of what accommodation may be on offer.

It was understood to be the home secretary’s first visit to Rwanda since the deal was agreed, after being briefed by Home Office and Foreign Office officials who have been researching the plan.

The PA Media news agency contributed to this report.